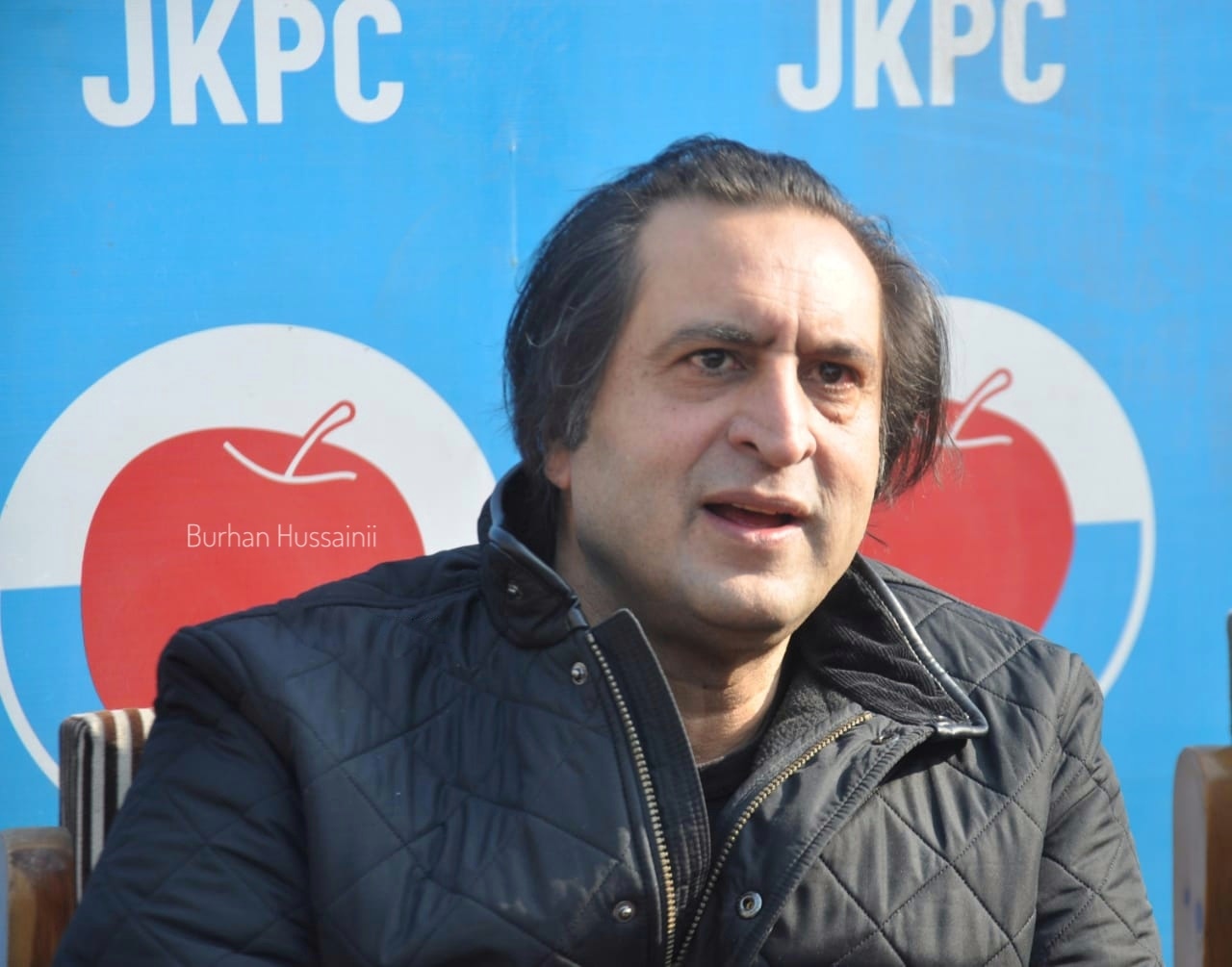 Pic Credits: Burhan Nazir (File Pic)
Srinagar, Feb 25 (KB):J&K Peoples Conference President Sajad Gani Lone today while demanding inclusion of the Pahari community in ST status has said that granting them ST status is a matter of right not a matter of charity.
“The Pahari demand for inclusion in ST is a valid demand. It is inconceivable to exclude a huge section of the society from all walks of life. In the context of reservation for electoral seats they can’t even contest from 9 ST seats despite having a sizeable Pahari population”, he said.
Sajad said that during his tenure as Social Welfare minister he had made all efforts to rectify the wrongs against the Pahari community.
“I take pride in the fact that during my tenure as Social welfare minister in the previous government  I had the opportunity of tabling the reservation as a backward community for the Paharis. That bill was not passed. The honourable governor retained it. However the next governor endorsed the bill and it became a law. That I thought was a monumental moment – a humble start in rectifying the wrongs against the Pahari community. Granting ST status is a natural evolution. And if anything, it is delayed justice”, he added.
He further maintained that failure to fulfuil the demand of granting ST status to the Pahari community will have far reaching consequences.
“If Paharis are not given ST status and remain debarred from contesting mark my words, that would be the mother of all disasters— and would have consequences. Granting them ST status is a matter of right not a matter of charity.” (KB — Kashmir Bulletin)

180 militants, 31 civilians as many SF personnel killed in J&K this year: MHA in Rajya Sabha