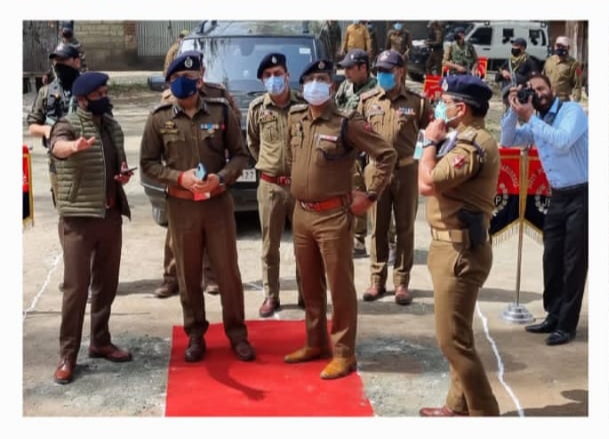 Apart from review of security scenario DIG CKR also took stock of Amarnath Yatra preparations which is likely to be commenced on 30th June 2022. He gave certain directions to district police officers to conduct safe and secured Amarnath ji Yatra. He also visited under construction building of Police Post Nagbal at Shuhama.

During the meeting, the DIG CKR stressed upon the officers that anti-national elements need to be taken to task so that terrorist activities are curbed to the fullest and directed them to focus on modern policing techniques in investigation and particularly dealing with terrorism. He also laid emphasis on strengthening the police-public relations, service oriented policing and to gain the confidence and trust of the people to maintain peace and tranquillity in the district, Reads a statement. (KB — Kashmir Bulletin)