Fake Magician who posed as a beggar, arrested; Budgam Police

Share on WhatsAppShare on Facebook
Beware — A beggar at your door step could actually be a thief; Budgam Police 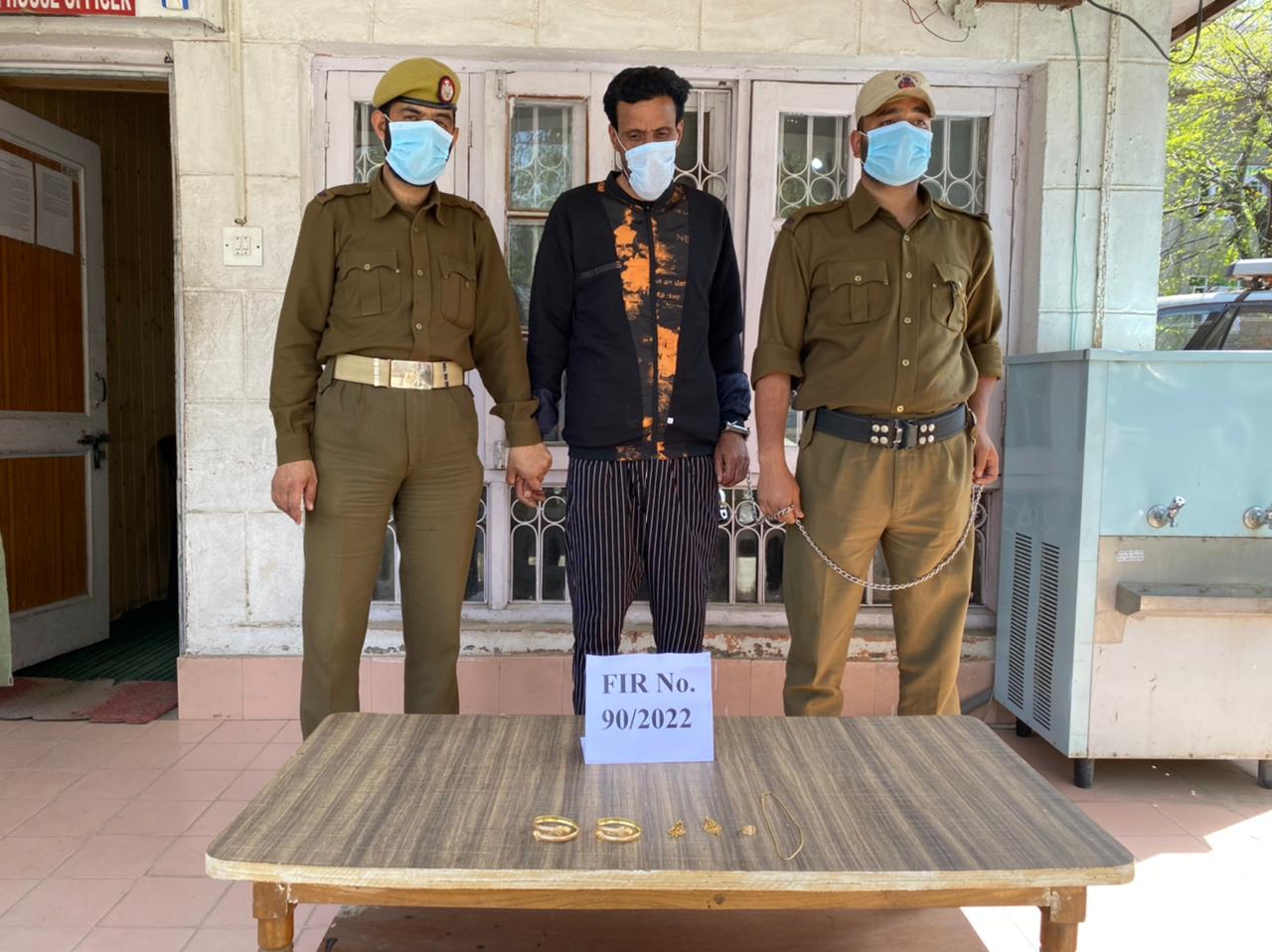 Budgam, Mar 29 (KB): Police on Thursday said that they have arrested a fake Magician who posed as a beggar, from north Kashmir’s Budgam district, officials said.
Police spokesperson as per a statement issued to Kashmir Bulletin–(KB) said that a fake magician who posed as a beggar and had looted cash and gold from a residential house in Ichgam area of District Budgam was arrested from Putlibagh Budgam.
The spokesperson further said that, on Friday, a written complaint was recieved from Abdul Rashid Bhat Son of Ghulam Mohammad Bhat Resident of Ichgam Budgam complaining therein that a person  posing as magician/beggar came his house and requested for a cup of tea in lieu of showing some magic tricks.
He also said that, later, he offered to do magic with cash and Gold and managed to loot the same and escaped from the spot. The incident was widely shared on social media and general public raised concern over such incidents.
Acting swiftly upon the information and the social media reports , a case FIR number 90/2022 under relevant sections of law was registered at Police Station Budgam and Investigation set into motion.
During the course of Investigation Budgam Police sought help of general public and field intelligence and carried out multiple  raids at different locations resulting in rounding of a suspect namely Mushtaq Ahmad Shah Son of Sana Ullah Shah Resident of Kanigund Beerwah who upon sustained questioning confessed to his involvement in the commission of Crime. On his disclosure, following Stolen Property was recovered: 02, Bangles, 01 Pair of Earning, 01 Chain and 01 Ring. Further Investigation in the case is underway and more recoveries are expected.
Budgam Police thanks general public for extending their support and requests them to be carefull while dealing with strangers. (Kashmir Bulletin–KB)