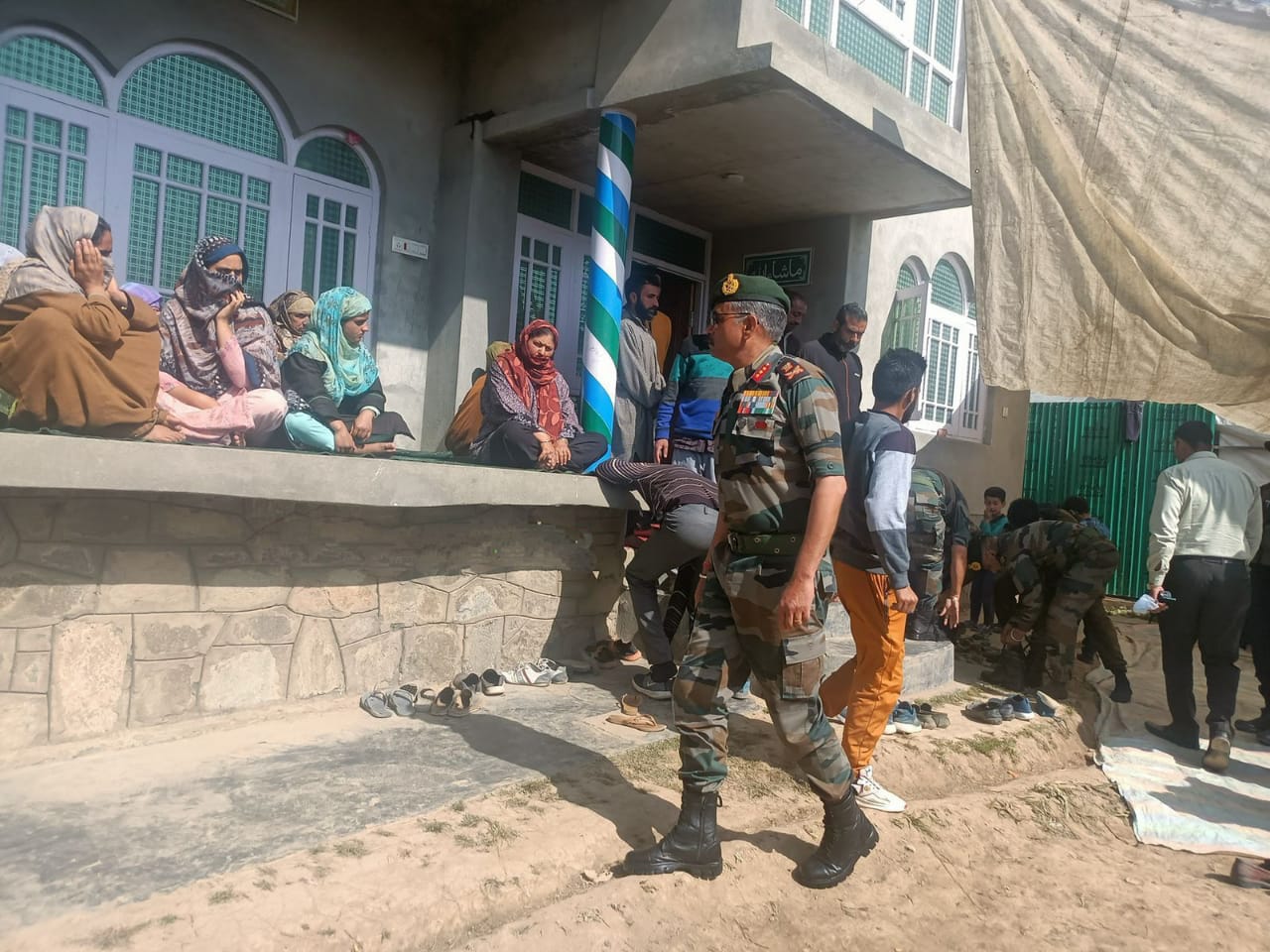 In a first, GoC 15 Corps Lt Gen D P Pandey visits house of slain SPO, his brother in Budgam
Expresses condolences to bereaved family; assures justice, says both slain were youth & brave
Naveed-ul-Haq
Budgam, Mar 30 (KNO): General officer Commanding (GoC) of Srinagar-based army’s 15 Corps, Lieutenant General D P Pandey Wednesday visited the house of slain SPO and his brother in Chadabugh area of Central Kashmir’s Budgam district and offered condolences to the bereaved family.
This is for the first time that a top army officer has visited the house of slain locals to offer condolences. As per news agency—Kashmir News Observer (KNO), GoC Pandey, who was accompanied by SSP Budgam, Tahir Saleem, reached Chadabug village of Budgam early this morning.  The GoC met the family members of slain brothers, Ishfaq Ahmed an SPO, and Umer Jan, who were killed by militants on March 27. Today was the (Chehlum) of two slain.
According to this reporter, who was present on the occasion, GoC offered his condolences to the family and stated that both slain brothers were young and brave, adding that the security forces will soon catch those involved in the attack. He expressed his sympathies with the bereaved family—(KNO)