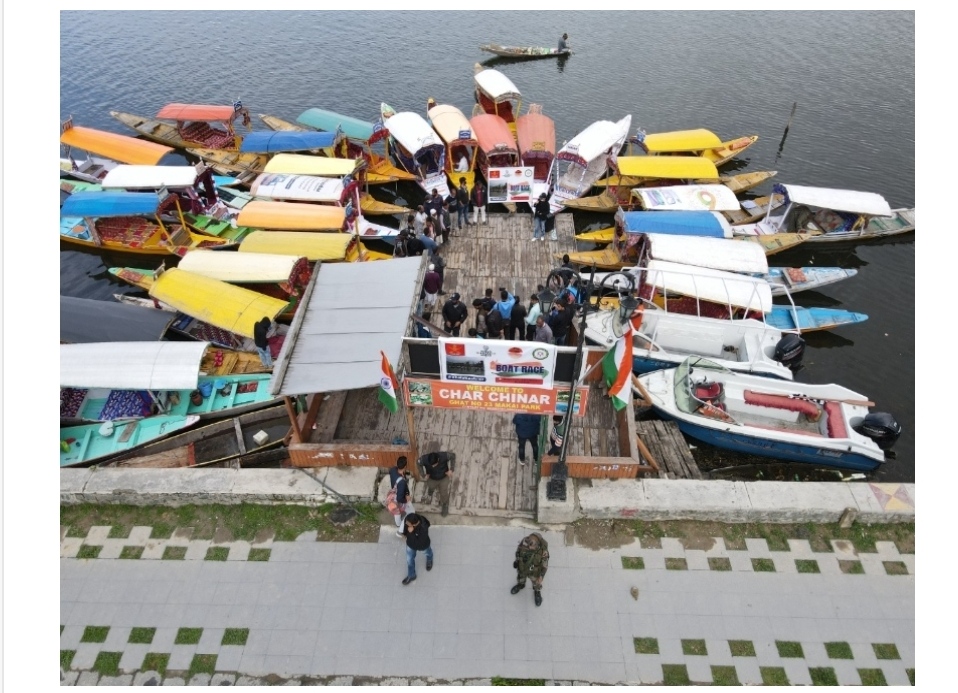 Srinagar: Seventy-five Shikaras participated in the annual ‘Shikara Race’ organised by 2 Rashtriya Rifles (RR) under Chinar Corps Indian Army for the people in Srinagar on Thursday.
Reports said that aim behind the race was to promote tourism in the newly formed Union Territory (UT).
The Shikara race is from Makai Park to Char Chinar and back covering a distance of 3 kilometres.
An award ceremony was conducted immediately after conclusion of the race.
With Full josh and enthusiasm was observed among the participants.
1st position was achieved by Amin Harook, 2nd position was grabbed by Imran Kulu while the 3rd position was jointly shared by Tanveer Kulu & oldest participant, Gulam Ahmed Khan.
Cash of 10000, 8000 & 6000 were awarded respectively. Chairperson of White Globe and KRSF were also present during the race.