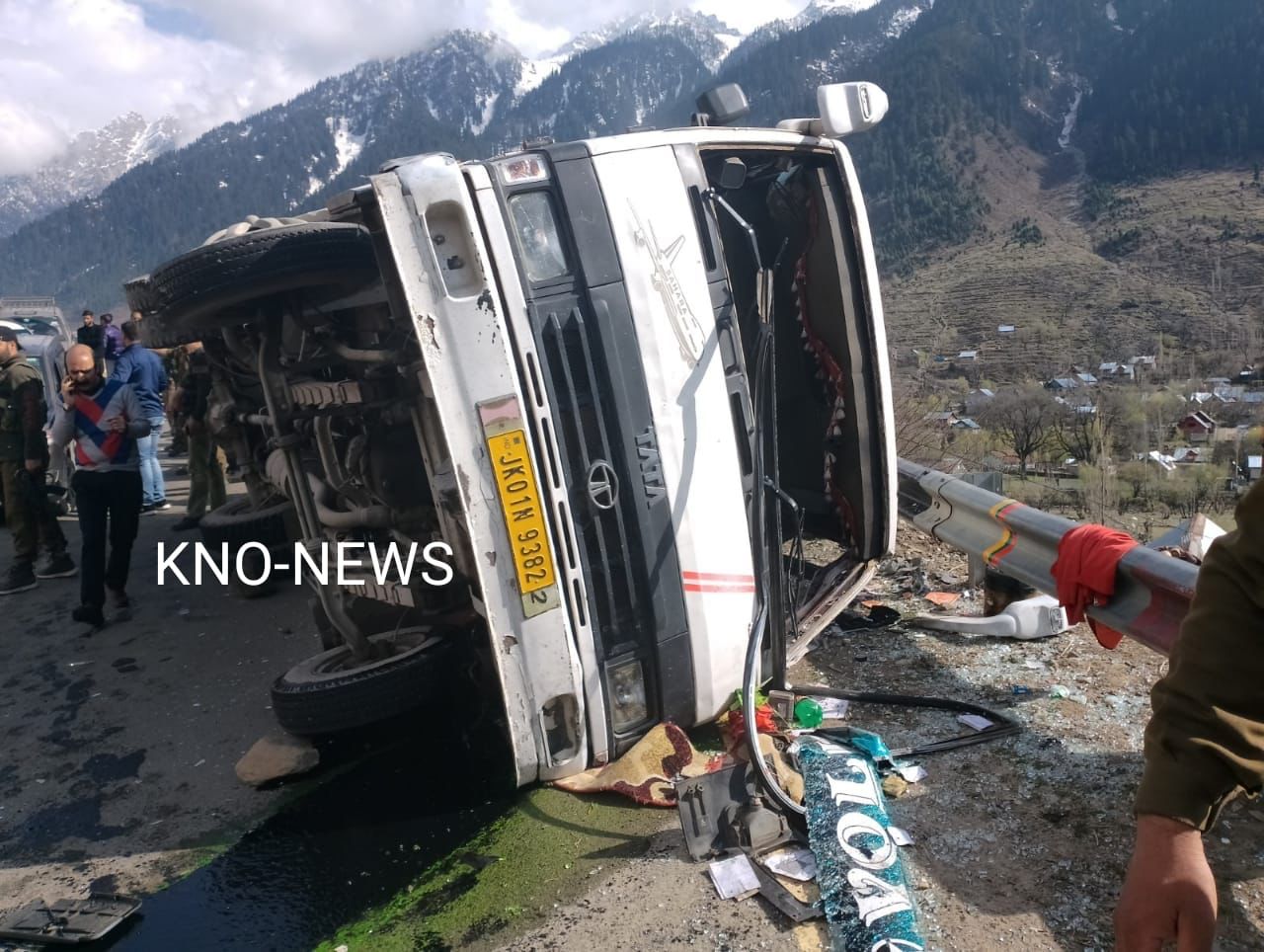 Raja Syed Rather
Ganderbal, Mar 24 (KNO): Two tourists were killed while as several were injured in a road accident in Ganderbal district on Thursday.
An official told the news agency—Kashmir News Observer (KNO) that a tempo bearing registration number JK01N-9382 skidded off the road on Srinagar-Leh highway near Hari Ganiwan area of Ganderbal district.
He said that in the incident, several persons received injuries who were shifted to hospital for treatment.
He further added that among the injured, two persons including a lady died while as the others are undergoing treatment at SDH Kangan.
He added that police has taken cognizance of the incident and started investigation—(KNO)