We are moving fast on path of establishing peace: DGP 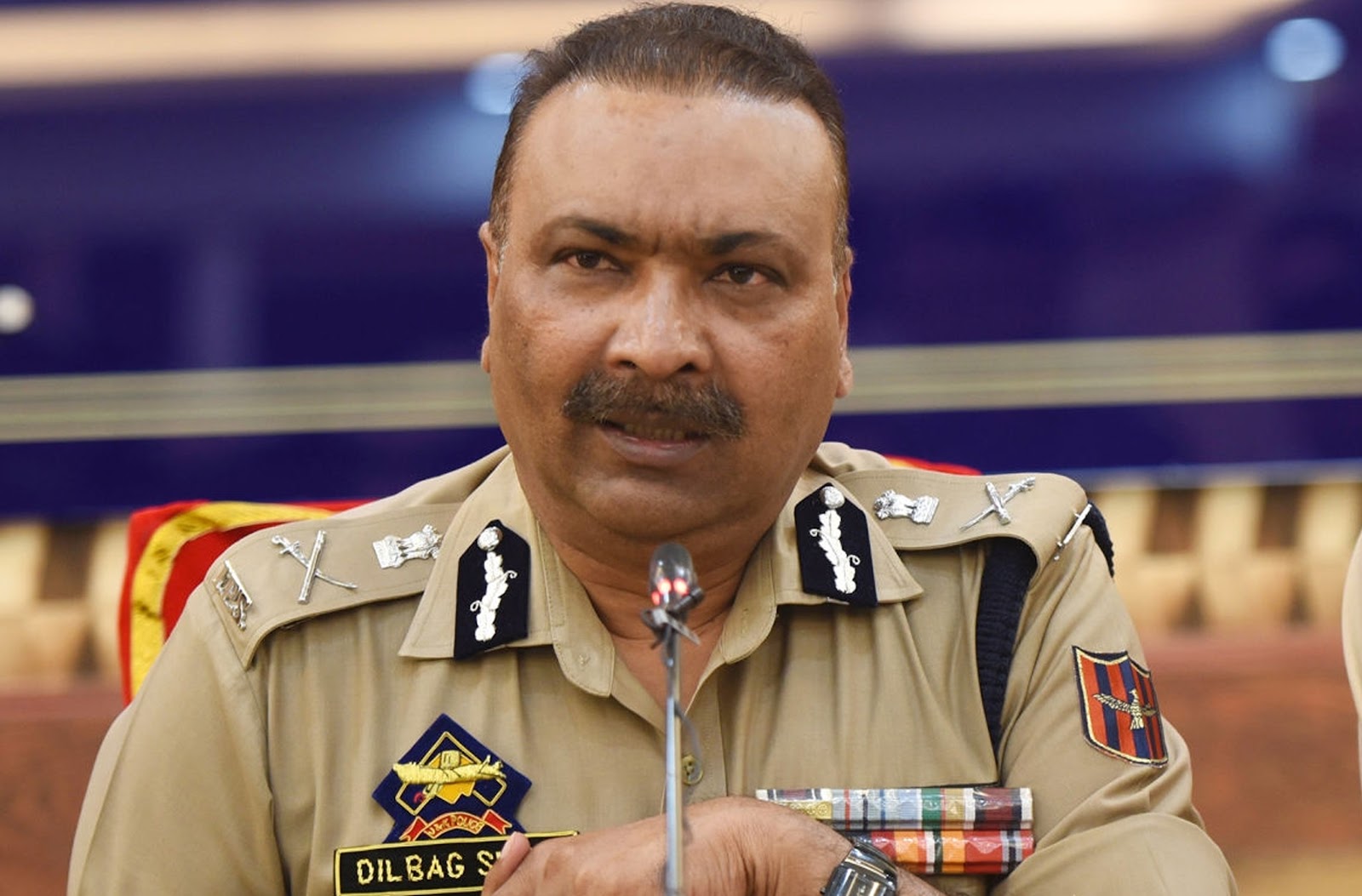 Takes Stock Of Ground Situation In Srinagar
Srinagar, March 25 (GNS):  Director General of Police, J&K, Dilbag Singh on Friday took stock of ground situation in Srinagar and said that “we are moving fast on the path of establishing peace and progress” in Jammu and Kashmir.
He visited newly upgraded and established Police Stations in Srinagar, inspected the infrastructure and other facilities of these stations, a police spokesperson said in a statement to GNS. He reviewed security and deployment arrangements besides interacted with the Police and CRPF personnel posted in these establishments and also took stock of ground situation of Srinagar city.
DGP J&K during the interaction complimented Police and CRPF deployments for highly professional handling of ground situations, the spokesperson said. “He appreciated the dedication and commitment of JK Police and other security forces for working day in and day out for the security of the people.”  He said that every measure taken by JK Police and other security forces are aimed to safeguard the lives of the people. “We are moving fast on the path of establishing peace and progress and have seen its dividends,” he said, adding, “we have to move forward together to strengthen peaceful environment by identifying the enemies of peace and weeding out the mischievous elements strictly dealing with them under law.”
The DGP stressed for adopting comprehensive counter measures to tackle militant incidents. “Protecting the lives of people is our utmost responsibility.” He stressed for augmenting the security in vulnerable places to prevent any unfortunate incident. He directed the officers to further strengthen the communication within the ranks and augment the security grids in their respective areas for the safety and security of the people. The DGP said that all suspicious elements providing any kind of support to militant activities should be kept under radar to foil their attempts. “Stringent action should be taken against the elements found involved in anti peace activities,” DGP added.
The DGP reiterated the importance of maintaining close synergy between the J&K Police and other agencies to meet the security challenges.
“The DGP directed the officers to revisit the security plans of their respective jurisdictions and directed the officers to remain extra alert as (militant) outfits are continuously trying to foment trouble and disturb the peace.”
Singh stressed for community policing and said that it boosts public confidence which helps in fight against crime and social evils. He said that the cooperation of people is absolutely contributing in strengthening the growing peace in J&K. Referring to the criminal activities, the DGP stressed upon the officers to brace up with a missionary spirit to fight against drug abuse and other social evils from the society.
The senior officers briefed the DGP regarding the functioning and security plans of their respective areas.
The DGP was accompanied by Spl DGP CRPF Shri Daljit Singh Chowdhary, IGP Kashmir Zone Shri Vijay Kumar, DIG CKR Shri Sujit Kumar, DIG CRPF North Srinagar Shri Randeep Singh Rana, SSP Srinagar Shri Rakesh Balwal and jurisdictional senior officers of Police and CRPF. The DGP visited Police Station Sangam Eidgah, Ahmed Nagar and Police Post Khimber in Srinagar. (GNS)