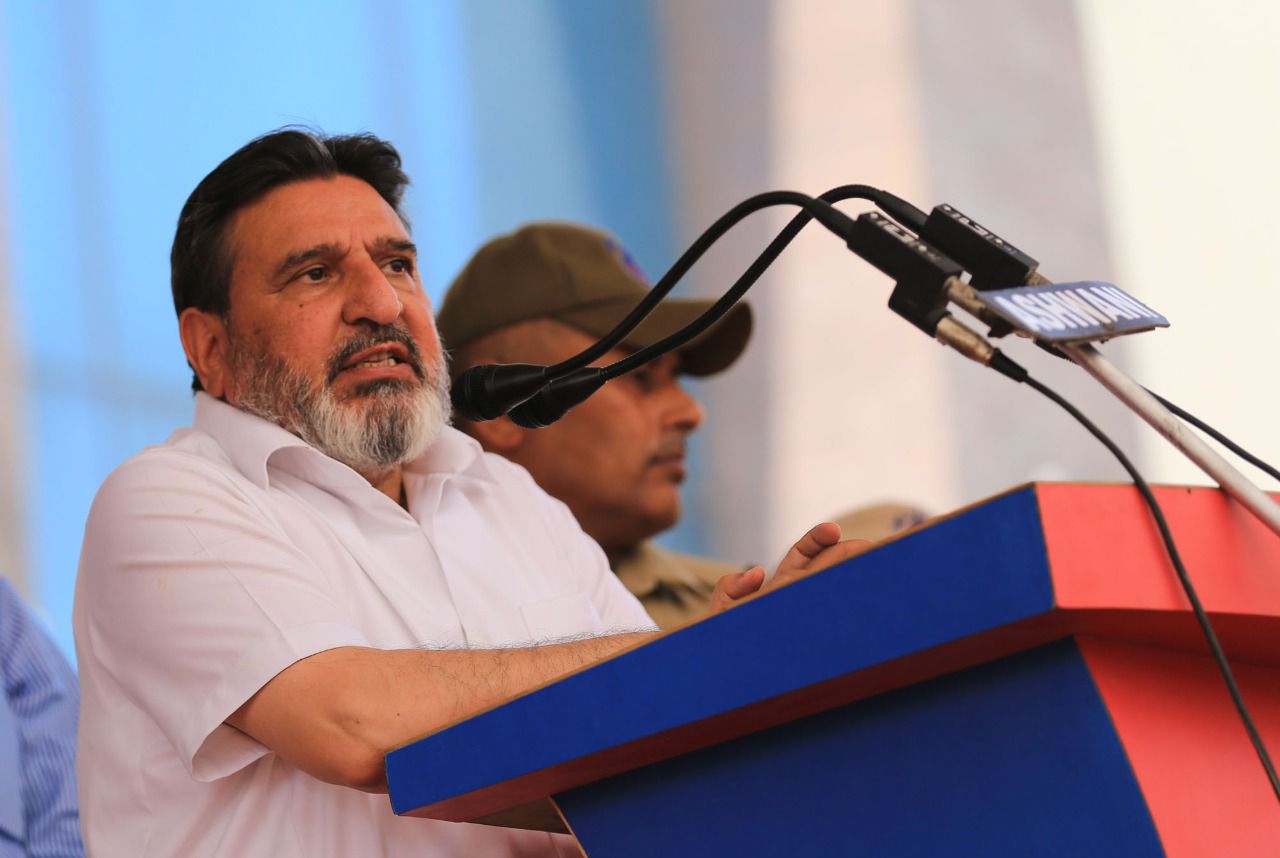 File Pic
Altaf Bukhari applauds Modi’s promise to J&K youth
Says, Our youth have suffered a lot; they deserve prosperity and opportunities
Srinagar, Apr 24 (KB):Apni Party President Syed Mohammad Altaf Bukhari has applauded Prime Minister Narendra Modi’s promise that he will bring prosperity to the youth of Jammu and Kashmir.
Prime Minister was in Pali village of Samba in Jammu, on Sunday, where he participated in the celebration of the National Panchayati Raj Day and addressed ‘Gram Sabhas’ across the country. In his message to you of J&K, Prime Minister said that they will not see the miseries that their parents and grandparents have seen in the past.
Bukhari while appreciating Prime Minister’s assurance has said that he hopes the follow-up initiatives would be taken to realize PM’s commitment to the youth. He said, “Prime Minister’s words about the youth of Jammu and Kashmir are heart-warming. And, I am sure his commitment will be fulfilled with the required steps immediately.
Bukhari further said that the young population of UT is presently grappling with problems like unemployment, and an inadequate environment in terms of job opportunities. The government must take the needed initiatives to ensure new opportunities are thrown open for the people of J&K, especially the youth.]
He said that the people of Kashmir have suffered tremendously during the past several decades. But the new generation should see a new era of prosperity and development.
Apni party president also praised Prime Minister for his vision for the developmental projects. He said that Prime Minister has inaugurated and laid the foundation stone of development projects worth over Rs 20,000 crore today, these projects and schemes would eventually benefit the people of Jammu and Kashmir. (KB — Kashmir Bulletin)