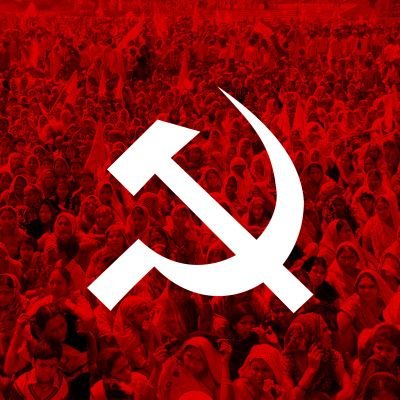 
CPI(M)  in a recently  held 23rd CPIM Congress at Kannur Kerala demands restoration of the legitimate rights of the people of Jammu and Kashmir, and  Resolution on Jammu and Kashmir situation

The brazen and unconstitutional assault on the special status of Jammu and Kashmir continues to be accompanied by the large scale arrests, particularly of youth, and intimidation and harassment of mainstream political leaders through central agencies like ED, CBI, NIA etc.

Unprecedented ferocious clampdown on the entire population and their basic rights continue across.

Arbitrarily dismantling the constitution of Jammu and Kashmir has resulted in seriously damaging the relationship between the people of the erstwhile state and the Union. It has also created a large political void, further deepening the uncertainties in the region.

The unfortunate delay in hearing the petitions regarding the constitutional status of Jammu and Kashmir by the Supreme Court is creating widespread anxiety among the people.

The suppression of civil liberties and democratic rights continue unabated under draconian laws like UAPA/PSA/AFSPA etc. as hundreds of people remain under detention without charges being framed. Successive executive orders post 2019 curb the freedom of the media; Termination of employees without giving them a chance to be heard, sidelining of local officers and the abolishment of a state cadre is causing widespread uncertainty among them. With this policy of continued brutal repression, the alienation of the people în Kashmir has reached an unprecedented level.

By making the status of permanent residents of the erstwhile state redundant, the protection of jobs have been arbitrarily snatched away, and has deepened the sense of insecurity in the minds of the people. The amendments brought to the land laws is an open invitation to exploit the land and resources of Jammu and Kashmir and to promote the process of demographic change.

The people in all three regions, ie. Jammu, Kashmir, and Ladakh, have suffered enormously on a plethora of counts. The people in Jammu and Ladakh regions have also started expressing their resentment towards these policies, particularly on the issues of protection of land and jobs.

Economy of the region is worsening despite the tall promises of development, investment and job creation. The erstwhile state of Jammu and Kashmir lags far behind. Handicrafts, agriculture. horticulture and other sectors have hugely suffered. Instead of creating new employment opportunities, daily wagers, contractual employees, casual labourers, scheme workers, and others, are either not getting their wages regularly or are being altogether denied their dues.

People in all regions of the erstwhile state have started questioning the BJP’s narrative of a ‘Naya Kashmir’. The BJP government is seen to be desperately trying to destroy the perspective of Naya Kashmir’ which was framed through hard and protracted struggles against the autocratic regime and feudal lords by the people.

There has been too much violence and cruelty, too many women were dishonoured, and people of each community have suffered immensely. This has gone deep into the Kashmiri soul. Civility of Kashmiriyat cannot be restored until the Kashmiri pandits return to their home and hearth with dignity. Every act of violence against all,irrespective of their faith and creed has to be accounted for. Using such tragedies for narrow partisan ends cannot heal the wounds. The film Kashmir Files is unfortunately being used to whip up communal polarisation across the country to advance the RSS agenda.

The 23rd congress of the CPIM, demands restoration of the constitutional rights of the people of the erstwhile state of Jammu and Kashmir and an immediate halt to the hardline security and law and order approach being pursued by the BJP government. The basic fact should not be ignored that the problem of Jammu and Kashmir is essentially a political issue and must be resolved through political process. Without initiating a credible dialogue process there can be no significant progress towards restoration of peace.

CPIM appeals to all the secular democratic forces of the country to raise their voice in defense of the legitimate constitutional rights of the people of Jammu and Kashmir as this intractable problem has a vital bearing on the federal, democratic and secular nature of the country, Reads the statement.