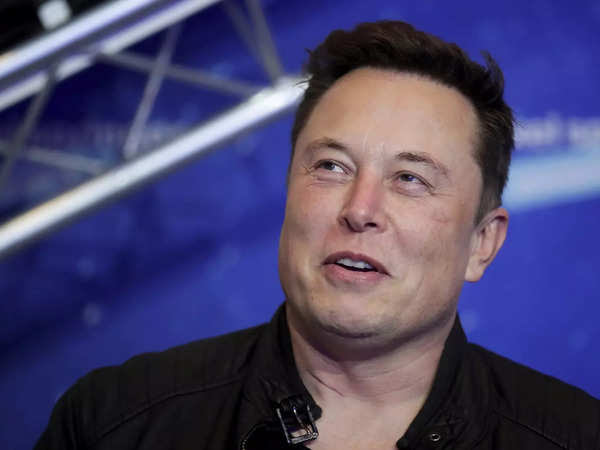 Musk’s offer price represents a 38% premium over the closing price of Twitter’s stock on April 1, the last trading day before the Tesla CEO’s 9.2% investment in the company was made public.

Chennai: Elon Musk has offered to buy 100% of Twitter in an updated filing with the Securities and Exchange Commision on Thursday. The billionaire is offering $54.20 per share in cash, or $41.39 billion, for the San Francisco-headquartered firm.
Musk’s offer price represents a 38% premium over the closing price of Twitter’s stock on April 1, the last trading day before the Tesla CEO‘s 9.2% investment in the company was made public.
“On April 13, 2022, [Elon Musk] delivered a letter… which contained a non-binding proposal to acquire all of the outstanding Common Stock of [Twitter] not owned by Musk] for all cash consideration, valuing the common stock at $54.20 per share,” the regulatory filing stated. It added that this represented a 54% premium over the closing price of the common stock on January 28, 2022, the trading day before Musk began investing in Twitter.
In a note to the chairman of the board Bret Taylor, Musk wrote, “I am offering to buy 100% of Twitter for $54.20 per share in cash, a 54% premium over the day before I began investing in Twitter and a 38% premium over the day before my investment was publicly announced. My offer is my best and final offer and if it is not accepted, I would need to reconsider my position as a shareholder. Twitter has extraordinary potential. I will unlock it.”
A clause in the filing also said that there could be no assurance that a definitive agreement with respect to Musk’s proposal will be executed or, if executed, “whether the transaction will be consummated.”
It said that there is also no certainty as to whether, or when, Twitter would respond to the letter, or as to the time table for execution of any definitive agreement. “[Musk] reserves the right to withdraw the proposal or modify the terms at any time including with respect to the amount or form of consideration. [He] may, directly or indirectly, take such additional steps as he may deem appropriate to further the proposal,” the filing added.
This comes days after Twitter CEO Parag Agrawal’s statement that Musk, who is the largest shareholder of Twitter, would not join the company’s board as previously announced.
Agrawal made the announcement in a note to the company’s employees, which he posted on Twitter. He did not give any reasons for the Tesla founder’s decision.
He wrote that Musk’s appointment to the board was to become officially effective April 9. “But Elon shared that same morning he will no longer be joining the board. I believe this is for the best,” he wrote.
Soon after Agrawal’s tweet, Musk tweeted an emoticon that symbolised suppressed laughter. He soon deleted the tweet.
Source: The Economic Times