Five drug peddlers held at Kupwara, four among of them booked under PSA; Police 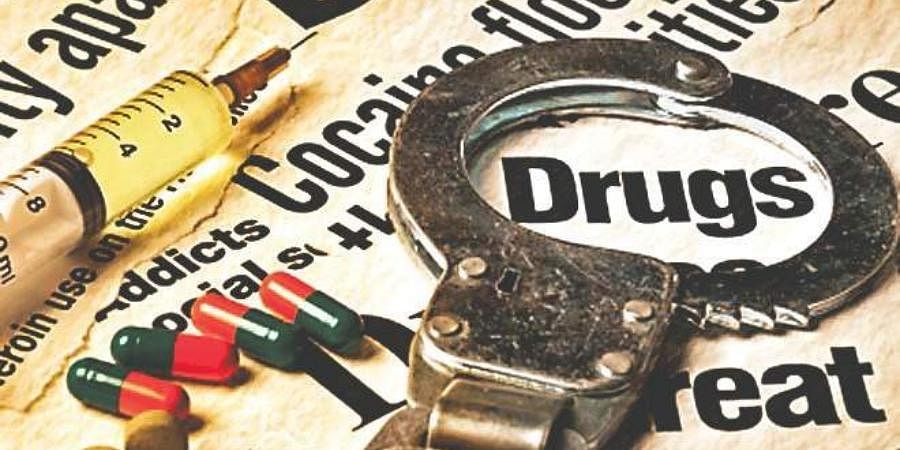 Kupwara, 16 April (KB): Police on Saturday said they have arrested five persons under Public Safety Act (PSA), all four were actively involved in narcotics smuggling and drug peddling where as the fifth detained is a notorious thief, officials said.
Police spokesperson as per Kashmir Bulletin–(KB), said that Kupwara Police has detained five persons under Jammu and Kashmir Public Safety Act (PSA) from different parts of the district in its drive against narcotics smuggling in the district.
“Among the five persons detained under PSA, four have been found to be actively involved in narcotics smuggling and peddling in the district whereas the fifth person detained under PSA is a notorious thief,” he said.
“The detained persons were posing threat to the peaceful living of the people of Kupwara and also damaging the national economy and security of the state. Four among the five persons detained under PSA involved in drugs peddling have been identified as Ashiq Hussain Mir @Ashiq Codeine son of Ghulam Oaudir Mir resident of Muqam Shahwali Drugmulla, Majid Rehman Khan son of Abdul Rehman Khan resident of Gundsnah Haihama, Gh Nabi Lone (NABA) S/O Ali Mond Lone R/O Sarbal Mohalla Guzriyal Kralpora and Atta Mod Khan @Raja
son of Amanullah Khan a resident of Halmatpora Check Kupwara”, he said.
Moreover, a number of cases stand registered against these four peddlers in the district and all are facing trial in the cases. The fifth person detained under PSA has been identified as an infamous thief Danish Manzoor Zargar @Chota Don son of Manzoor Ahmad Zargar a resident of Tikker Kupwara involved in multiple cases of burglary and theft in the district. More similar action against such incorrigible elements shall continue in the future also. (Kashmir Bulletin–KB)