Govt reinstates Shah Faesal in service 3 years after he resigned

Share on WhatsAppShare on Facebook
However, after his release, Faesal gave up on politics and started dropping hints of his willingness to rejoin government service. His resignation had not been accepted. 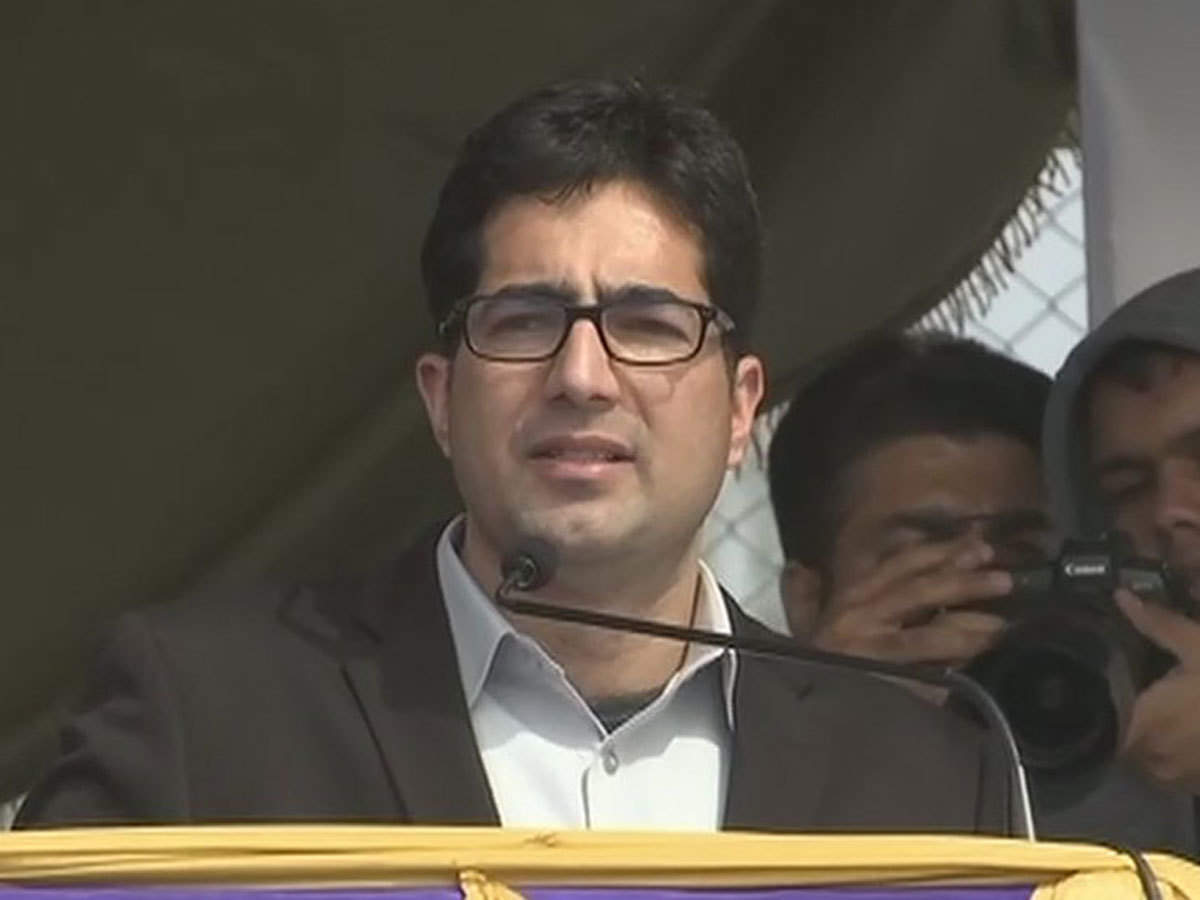 File Pic
Press Trust of India (PTI)
New Delhi: The government has accepted IAS officer Shah Faesal’s application for withdrawing his resignation and reinstated him in service and his next posting would be announced soon, Home Ministry officials said here on Thursday.
Faesal, who submitted his resignation in January 2019 and floated the Jammu and Kashmir People’s Movement (JKPM) party, was detained under the stringent Public Safety Act immediately after the abrogation of special status of the erstwhile state of Jammu and Kashmir.
However, after his release, Faesal gave up on politics and started dropping hints of his willingness to rejoin government service. His resignation had not been accepted.
The doctor-turned-bureaucrat formed his party to “revive democratic politics” in Jammu and Kashmir but his political career ended abruptly.
In an earlier interview with PTI, Faesal had said, “Soon after quitting (IAS), I realised that my innocuous act of dissent was being seen as an act of treason. It had done more harm than benefit and my act had discouraged a lot of civil services aspirants and my colleagues felt betrayed. It upset me a lot.”
Home Ministry officials said that Faesal’s plea for withdrawal of resignation had been accepted and his next posting would be announced soon
The Home Ministry, which is the cadre controlling authority for the Arunachal Pradesh-Goa-Mizoram and Union Territory (AGMUT) cadre, had asked for an opinion of the Jammu and Kashmir administration about his plea for withdrawal of resignation.
After getting reports from all quarters besides the Department of Personnel and Training, the department looking after the IAS, it was decided to accept his plea and was subsequently reinstated earlier this month, the officials said.
Hailing from the remote village of Lolab in north Kashmir, Faesal, whose father was killed by terrorists in 2002, had topped the UPSC examination in 2009. He was detained at Delhi airport on the intervening night of August 14-15, 2019, and sent back to Srinagar and placed under detention. He was booked under the draconian Public Safety Act in February 2020 which was revoked four months later.
Faesal, who was the first UPSC topper from Jammu and Kashmir, had on Wednesday dropped hints about his return to the government service.
In a series of tweets, he spoke about his idealism letting him down in 2019 when he resigned from the government service to join politics.
“8 months of my life (Jan 2019-Aug 2019) created so much baggage that I was almost finished. While chasing a chimera, I lost almost everything that I had built over the years. Job. Friends. Reputation. Public goodwill. But I never lost hope. My idealism had let me down,” he said.
“But I had faith in myself. That I would undo the mistakes I had made. That life would give me another chance. A part of me is exhausted with the memory of those 8 months and wants to erase that legacy. Much of it is already gone. Time will mop off the rest in believe,” he added.
Though Faesal did not spell out what he meant by “another chance”, speculation has been rife here over the past one year that he might return to the government service either as an IAS officer or in some advisory role to the Lieutenant Governor of Jammu and Kashmir.
“Just thought of sharing that life is beautiful. It is always worth giving ourselves another chance. Setbacks make us stronger. And there is an amazing world beyond the shadows of the past. I turn 39 next month. And I’m really excited to start all over again,” he tweeted. (Greater Kashmir)