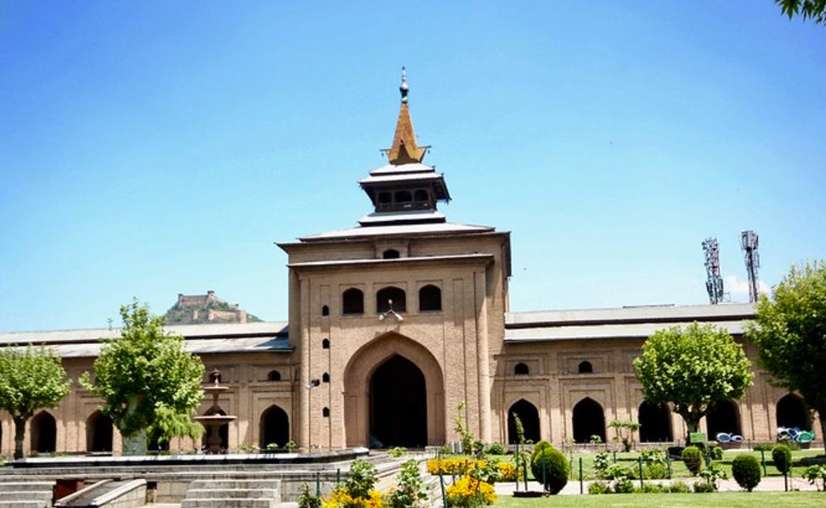 Inputs about disruptions; law and order problem by fringe elements, forced temporary closure of Jamia Masjid on Shab-e-Qadr, Jumatul Vida eve: Police
People can offer prayers again at Jamia Masjid after 3 pm Friday: Top Police official
KNO Correspondent
Srinagar, Apr 28 (KNO): Jammu and Kashmir police Thursday said that they had received credible inputs about some fringe elements may cause law and order issue at the historic Jamia Masjid on the occasion of Shab-e-Qadr and Jumatul-Vida eve after which decision regarding temporary closure of the masjid was taken. The police also said that after 3 pm on Friday (Jumatul-Vida), people are free to offer prayers at the Jamia Masjid again.
A top police official told news agency—Kashmir News Observer (KNO), that they had received credible inputs that some fringe elements may cause disruptions and resort to law and order problems at the historic Jamia Masjid on the eve of Shab-e-Qadr and Jumat-ul-Vida prayers.
“Keeping in view the inputs, a decision to close the masjid temporarily was taken,” the official said, adding that after 3 pm Friday (Jumat-ul-Vida), people are yet again free to offer prayers at the masjid—(KNO)