J&K Govt amends rules on use of land, buildings by private schools

Share on WhatsAppShare on Facebook
The order in this regard has been issued by the Principal Secretary School Education Department (SED) Bishwajit Kumar Singh. 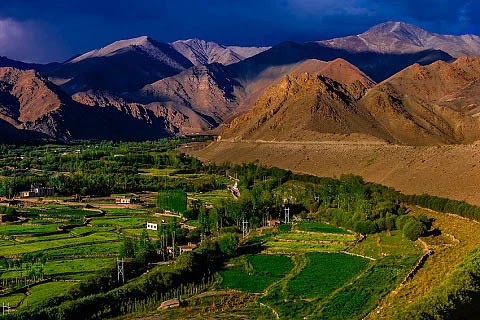 Syed Rizwan Geelani
Srinagar: The J&K government has amended the rules under the Education Act 2002 to provide for fresh guidelines relating to use of land and building structures by private schools in UT of Jammu and Kashmir.
Apparently putting its lens on private institutions, the new rules will tighten noose around the private schools established in owned or rented buildings across J&K.
The order in this regard has been issued by the Principal Secretary School Education Department (SED) Bishwajit Kumar Singh.
As per the order, the J&K Lieutenant Governor (LG) has made the amendments in the Jammu and Kashmir School Education Rules, 2010 in exercise of the powers conferred by section 29 of the Jammu and Kashmir School Education Act, 2002.
As per the amendments in the rules, in rule 4, after sub-rule (2A), sub rule 2(B) will be added wherein it will made mandatory that the application shall be accompanied by no-objection certification regarding land use issued by the J&K revenue department besides the documents relating to possession of the land required for building, playground.
These documents have to be submitted in case the applicant is the owner or a lease deed with a minimum period of 10 years or in case a private school is proposed to be run in a rented land or building.
As per the new rules, documents as mentioned in clause (i) and (ii) in case of a private school already established shall be produced within a period as may be prescribed by the government.
As per the amendments in the rules, in rule 4, sub rule (3), after clause (b), a clause has been added that a committee as may be constituted by the concerned Director School Education will inspect the land records of all private schools at any time.
However, Rule 9 of the education Act shall be omitted as per the new amendments.
However, in Rule 12, in sub-rule (1), after the word, “de-recognize”, the words, “de-recognize, and take over its management or both” will be substituted accordingly.
In rule 12, after sub-rule (1), the government has made certain amendments in the rule under which sub-rule (2) will be added accordingly.
“(2) In cases, where the management of any school(s) is taken over by the Government under sub-rule (1) above, the teachers/staff working in said school(s) shall have no right/claim of regularisation in the department/government,” the order reads.
The private school owners have termed the government move of making amendments in rules as a proper plan to harm the functioning of budget schools.
“As per the amendments in rules, land records of the private schools can be checked any time. Maximum low budget schools will get closed,” said a proprietor of a low budget school.
In light of the amendments made in the education rules, the Deputy Commissioner Kupwara in an official communication has asked the Chief Education Officer (CEO) Kupwara to identify the private schools established on State land/ Kacharai land.
The move comes after the district administration Kupwara observed that some of the private educational institutions were existing either on State land/ Kacharai land which needs to be identified for further necessary action under rules.
“Now before proceeding further into the matter, you are requested to furnish the details along with requisite documents to this office within two days,” the official communication reads.
“Failing which all the recommendation letters which have been made to Director School Education Kashmir (DSEK) for registration or extension will be withdrawn without any further delay,” it reads.
However, in case of the rented building the schools have been asked to furnish the rent deed duly signed by the competent authority. (Greater Kashmir)
Click Here To Join Another Group
One More Link; Click Me