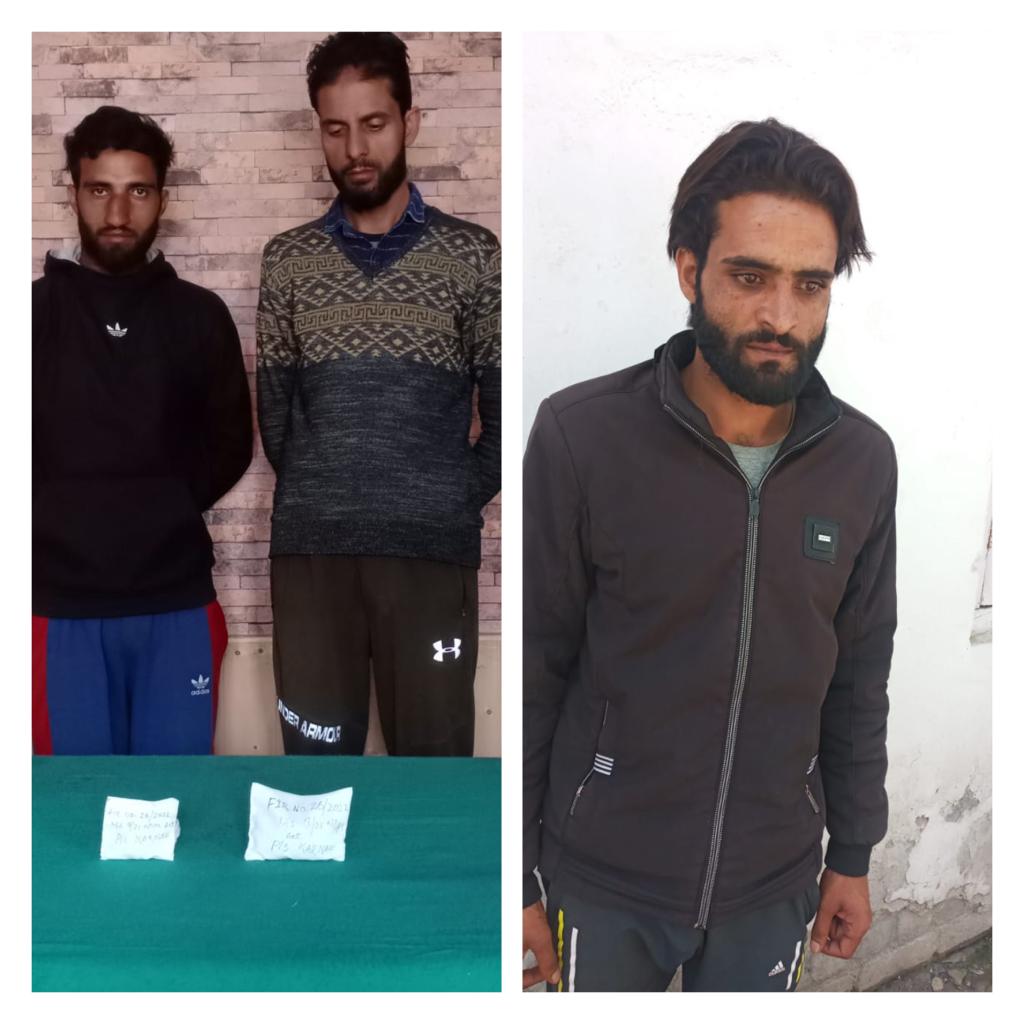 Kupwara, 17 April (KB): Police on Sunday arrested three drug peddlers from north Kashmir’s Kupwar district and have recovered narcotics substance from them, officials said.
Police spokesperson as per a statement issued to Kashmir Bulletin–(KB), said that Kupwara police here has arrested three persons involved in drugs peddling in the district in two different cases of smuggling of narcotics.
“A team of Police Station Karna led by its SHO Mudasir Ahmad on specific information trapped to drug peddlers of Karnal area when they were on their way to sell narcotics among the youth of Karnal area. Both the peddlers were arrested with narcotics in their possession and taken into custody,” they said.
As per the spokesperson, the duo have been identified as Mohammad Idrees Lone son of Late Mohd Akbar Lone resident of Khawarpara Karnah and Asad Ali Awan son of  Akhtar Ali Awan, a resident of Khawarpara  Karnah,
Moreover, a case FIR No. 26/2022 U/S 8/21 NDPS Act has been registered in Police Station Karnah and investigations taken up. More arrests in the drugs peddling module are expected in the coming days. It’s pertinent to mention here that both the arrested peddlers are  infamous for their involvement in selling the banned narcotics among youth in Karnah area.
He also said that, in another case of drugs peddling registered vide FIR No. 26/2022 under sections 8/21 NDPS Act at Police Station Kralpora, a team of Police Station led by its SHO Waseem Ahmed was able to nab a drug peddler namely Sadeeq Ahmed Khan son of Mohd Maqbool Khan of Kachama who was carrying narcotics in his possession meant to be sold to the youth of the area.
Further, investigations in the case have been taken up and more recoveries and arrest or expected. (Kashmir Bulletin–KB)