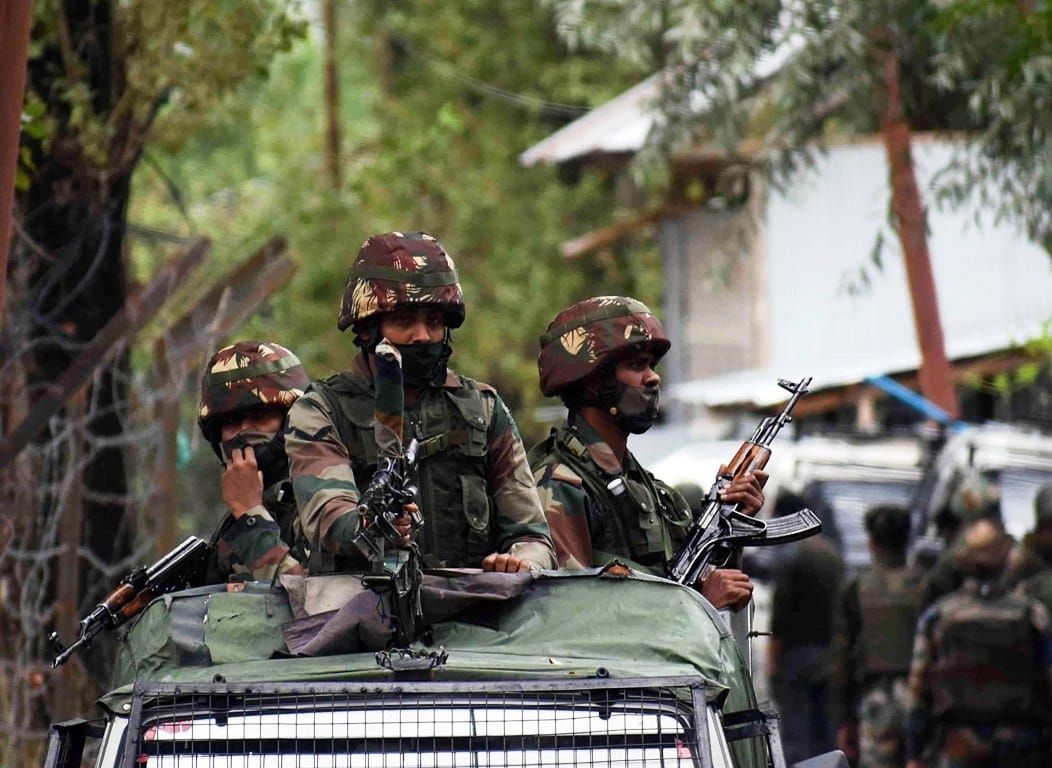 Srinagar, April 09:(GNS) A Lashkar-i-Toiba commander was killed in an encounter at Sirhama area of South Kashmir’s Anantnag district on Saturday.
Inspector General of Police Vijay Kumar told GNS that LeT commander Nisar Ahmad Dar resident of Redwani Bala Kulgam has been killed in Sirhama.
The top cop further said that he was involved in several crimes and killings in the area. He was active since 6th May 2021.
Meanwhile searches in the area are still underway.
Earlier Reports reaching GNS that a joint team of Police and army launched a cordon and search operation in Sirhama.
As the joint team of forces approached towards the suspected spot, the hiding militants fired upon the forces, triggering off a gunfight.(GNS)