Nearly 30,000 PRI Reps from across J&K invited to attend PM’s rally at Jammu 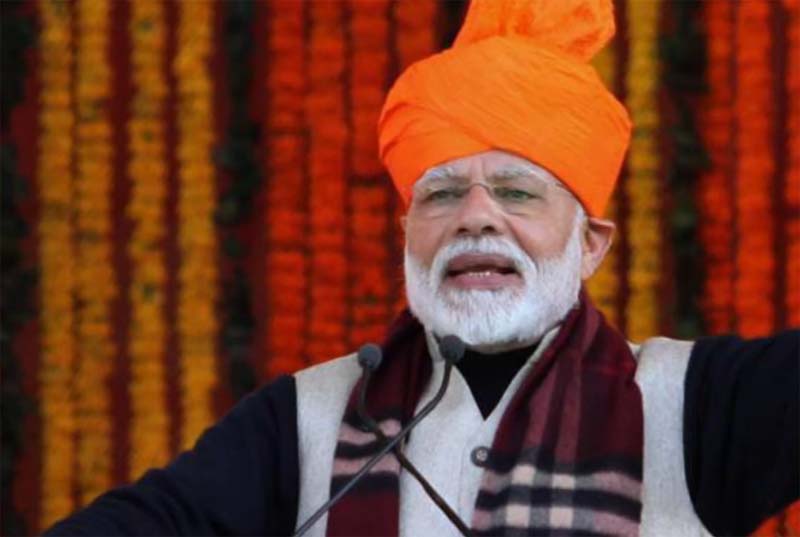 Representational Pic
JAMMU, Apr 13: Lieutenant Governor Manoj Sinha today held high level review of security and all other arrangements for the visit of Prime Minister Narendra Modi in Jammu on April 24 on the occasion of National Panchayati Raj Day.
The event has been named National Panchayati Raj Conference-2022 and it will be organized at Palli Panchayat in Samba district.
Top officers of civil and police administration of Jammu and Kashmir, senior officers from Union Ministry of Panchayati Raj, Chenab Valley Power Projects Limited (CVPPL), National Informatics Centre (NIC) and Event Management Agency attended the meeting which lasted more than two hours and was chaired by the Lieutenant Governor.
“All representatives of three tiers of Panchayati Raj Institutions (PRIs) will be invited to the meeting,” sources said
There are nearly 280 District Development Council (DDC) members, 280 BDC Chairpersons, 4190 Sarpanchs and 28,000 Panchs in J&K. However, some of the posts especially in Sarpanch and Panch categories are vacant.
This means nearly 30,000 PRI representatives across Jammu and Kashmir will be invited to the Prime Minister’s address on the occasion of National Panchayats Day at Palli.
“The Government is targeting 80,000 to one lakh gathering at Palli during the Prime Minister’s rally,” sources said, adding the arrangements, both from security point of view and sitting, are being made taking into account around one lakh gathering as this will be Modi’s first visit to Jammu and Kashmir post abrogation of special status of Jammu and Kashmir and its bifurcation into two Union Territories of J&K and Ladakh other than his visits to the border areas on the occasion of Diwali festival.
“It will be a one-day visit and the Prime Minister will return to New Delhi in the afternoon of April 24,” sources said.
Besides the PRI representatives and locals at Palli, Modi will also address representatives of around 700 Panchayats across the country virtually which have been identified. He is likely to interact with some farmers also.
The Lieutenant Governor also reviewed security arrangements for the visit of the Prime Minister.
“Jammu and Kashmir Police will coordinate with National Security Guards (NSG), paramilitary forces and Intelligence agencies to make fool-proof security arrangements for the visit,” sources said.
While there are no major security related issues in Jammu, authorities anticipated that the militants might try to step up violence in the Kashmir valley ahead of the Prime Minister’s visit.
To keep the violence under control, top officials of the Intelligence agencies are camping in the Valley. All security and Intelligence agencies are on high alert all across Kashmir and a strict vigil is being maintained on soft targets to ensure that the militants are not able to target them.
The NSG teams will shortly visit Palli Panchayat.
A number of officers from the Central Ministries have already visited Palli Panchayat. Union Minister of State in the Prime Minister’s Office (PMO) Dr Jitendra Singh also led high-level Central team to Palli yesterday to review arrangements for the visit of the Prime Ministers.
Sources said the Prime Minister is likely to inaugurate and lay foundation of projects during his visit. Some delegations including one from Kashmiri Pandits are expected to meet him.
Prominent among those present in today’s review meeting chaired by the LG include Chief Secretary Dr Arun Kumar Mehta, Director General of Police (DGP) Dilbag Singh, Special DG CID Rashmi Ranjan Swain, all Administrative Secretaries, ADGP Security SD Singh Jamwal, ADGP Jammu Mukesh Singh, Alok P Nagar, Joint Secretary, Union Ministry of Panchayati Raj, Divisional Commissioner Jammu Raghav Langar, Divisional Commissioner Kashmir PK Pole, Inspector General of Police Kashmir Vijay Kumar, Deputy Commissioner Jammu Anshul Garg, Deputy Commissioner Samba Anuradha Gupta, SSP Jammu Chandan Kohli, SSP Samba Abhishek Mahajan, Rajat P Gupta, Managing Director, Chenab Valley Power Projects Limited Jammu, SIO National Informatics Centre and Event Management Agency. (Daily Excelsior)