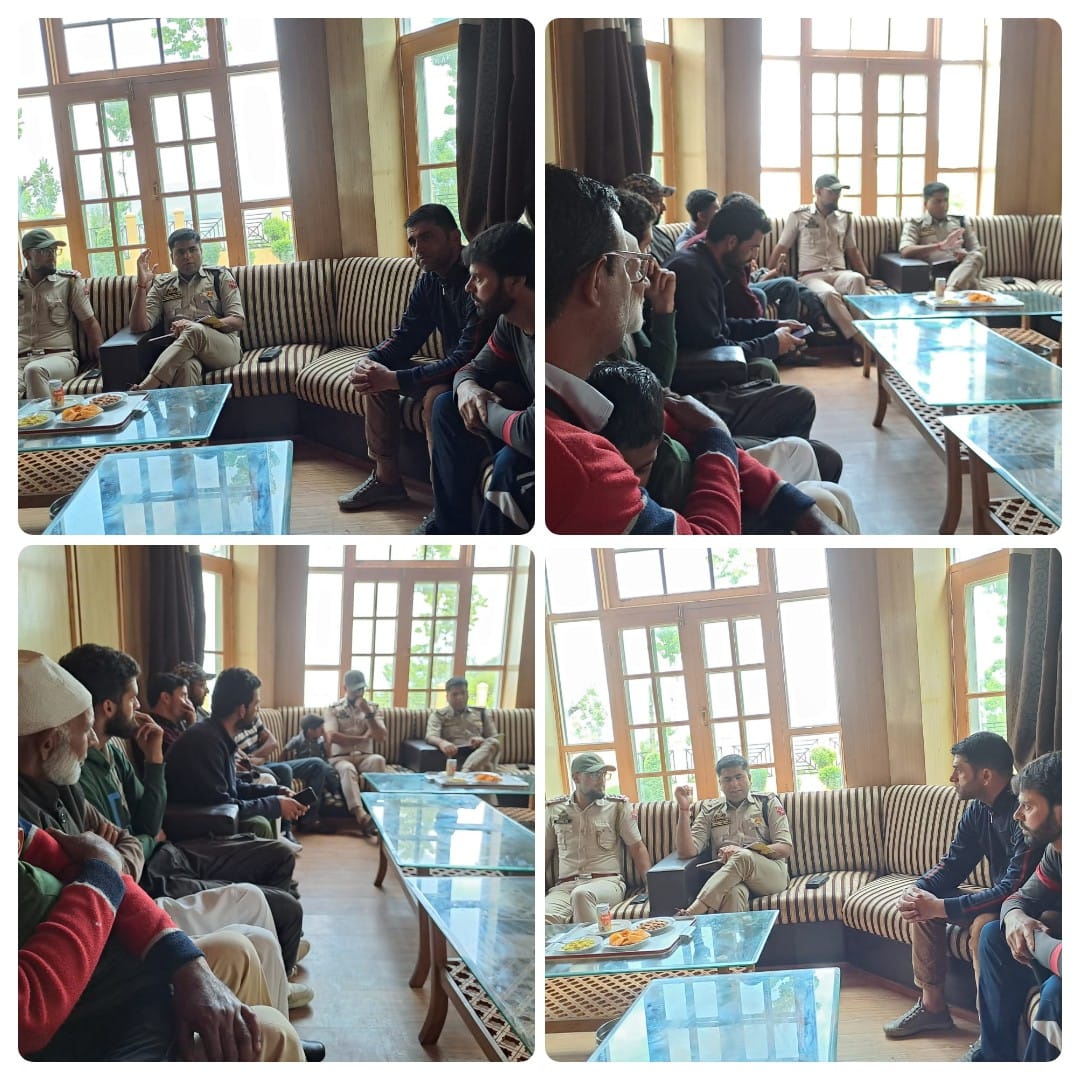 Sopore, April 23 (KB): As a part of Public outreach programme, a meeting with the representatives of Sub division Sopore and sub division Rafiabad was held at Sangri Top.
Police spokesperson as per Kashmir Bulletin–(KB), said that the meeting was chaired by SP Sopore Shri. Sudhanshu Verma-IPS Sopore alongwith SHO Police Station Sopore Insp. Khalid Fayaz.
“A warm welcome was given to SP Sopore by the participants. The main motive behind conducting the PCPG meeting was to provide awareness of cyber crime and drug de-addiction among the participants. SP Sopore briefed about cyber threats/activities viz Identity theft, credit card fraud, data stealing, cyber stalking, humiliation of girls, spreading pornography, etc among the participants”, thay said.
“Sopore Police sought the cooperation of general public in eradicating the social evils prevailing in the society particularly menace of drugs. He highlighted the role of parents and said that parents have a greater responsibility in social development of a child as they act as the first teachers and guides of their wards”.
The spokesperson further said that; “participants were also advised to install CCTV cameras in all the commercial establishments/shops  inside and outside of their units/commercial establishments.
This will act as strong deterrence to all the anti-social elements, who think of committing such atrocious crimes”.
“The participants were also stressed to co-operate with Sopore Police and administration in maintaining L&O/ drug menace in the area and in identifying anti-national/ social elements who always try to disrupt the peaceful environment”.
Moreover, “partcipants thanked Sopore Police for conducting such meetings and building a bridge of trust between police and public, and requested for regular meetings in future as well”. (Kashmir Bulletin–KB)