Ranbir Kapoor, Alia Bhatt Marriage: The wedding was attended by Akash and Shloka Ambani, Kareena and Saif and others

Today was Alia Bhatt and Ranbir Kapoor’s big day. The couple got married in a private ceremony, capping weeks of rumours and speculation. After the wedding, the newlyweds appeared for pictures and thrilled the media with filmy PDA. 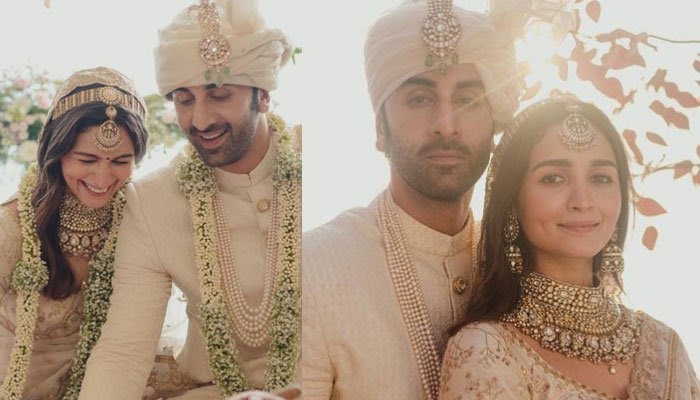 Alia also posted pipctures from the wedding ceremony on Instagram. The wedding venue was Vastu, the Mumbai apartment block Ranbir and Alia live in. Only close family members and friends were invited. Kareena Kapoor and Saif Ali Khan joined Neetu Kapoor, Riddhima Sahni and other Kapoors as baraatis. 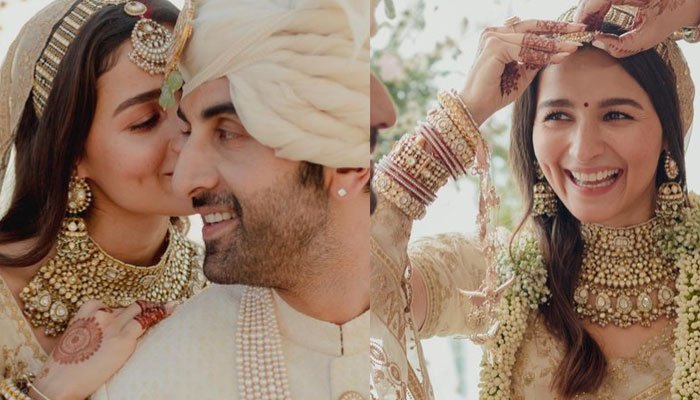 The ladkiwale included Alia’s parents Mahesh Bhatt and Soni  Razdan and sisters Pooja and Shaheen Bhatt. Navya Naveli and parents Shweta Bachchan and Nikhil Nanda attended – Nikhil and Ranbir are cousins. Akash and Shloka Ambani were on the list of friends as were Karan Johar, Ayan Mukerji and Akansha Ranjan. 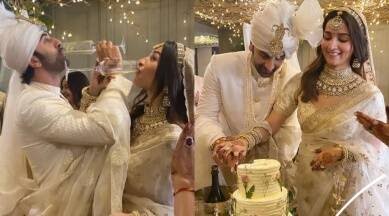 The mothers and sisters of both bride and groom were spotted at the wedding venue this morning – Neetu Kapoor drove to Vastu with daughter Riddhima and Alia’s mother Soni Razdan was spotted with her older daughter Shaheen Bhatt.
A haldi ceremony was reportedly held this morning ahead of the wedding. A mehendi was held at Vastu yesterday.
Source: AGENCIES
SendShareTweetShareSendScan