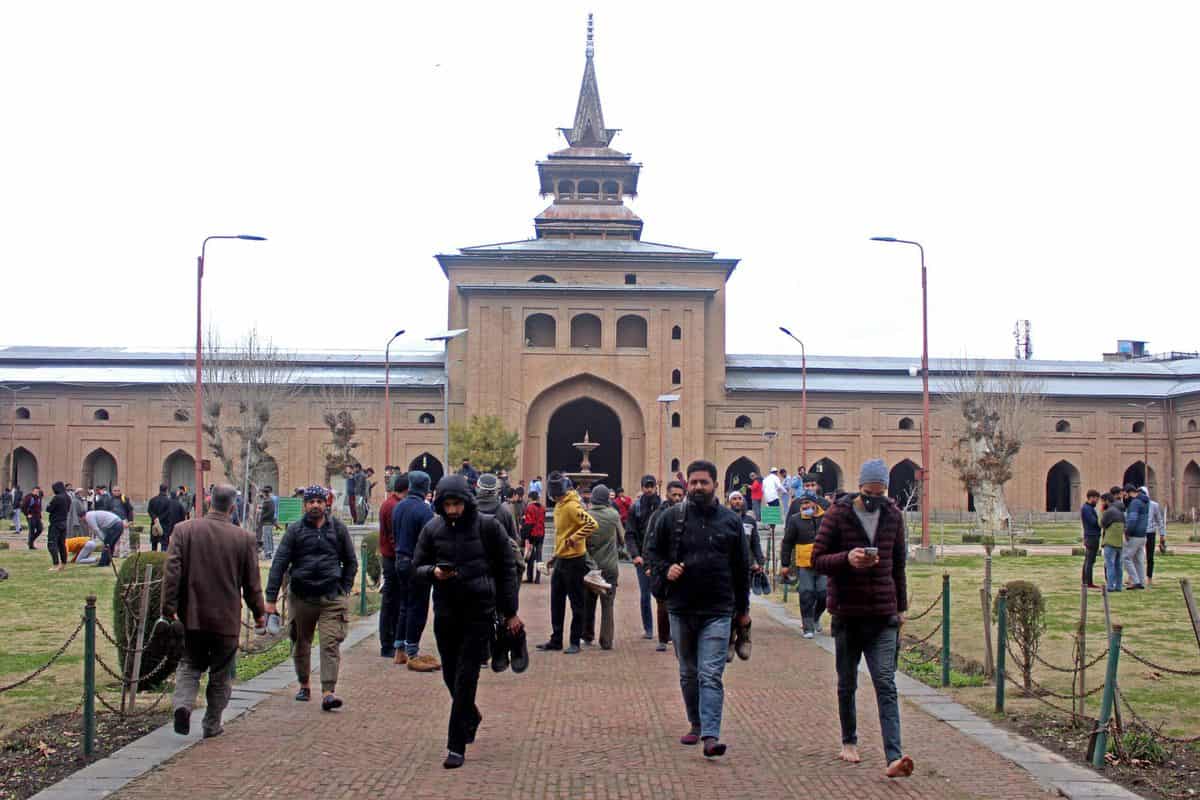 Srinagar, Apr 26 (KB): An important meeting of the leading members and senior officials of Anjuman Auqaf Jama Masjid Srinagar was held today.
According to a statement issued here to Kashmir Bulletin — KB, The meeting reviewed the arrangements for providing all possible facilities to the worshipers and pilgrims coming to the Jama Masjid for Shab-e-Qadr and Jumma-tul-Vida.
It was stated in the meeting that according to the schedule, Isha prayers will be offered on the occasion of Shab-e-Qadr at 10:30 pm and Jumma-tul-Vida prayers at 2:15 pm, In Sha Allah.
During the meeting, the members expressed deep concern over the three-year-long illegal and arbitrary detention of the Anjuman Mirwaiz-e-Kashmir Dr Moulvi Muhammad Umar Farooq and urged the authorities to release him in view of the important and blessed occasions as Shab-e-Qadr and Jumma-tul-Vida so that he can fulfill his official responsibilities the Institution of Mirwaiz enjoins upon him.
It was clarified in the statement that during these two great occasions, thousands of Muslims from all over the valley flock to the Central Jama Masjid Srinagar not only for the night and Friday prayers but also for collective repentance and supplication before Allah Almighty.
They also benefit from the advice and sermons of Mirwaiz-e-Kashmir who continues to be under house arrest since 5 August 2018 while all his peaceful activities remain suspended since then, the Anjuman said.
The statement said that it was extremely regrettable and reprehensible that despite repeated appeals from leading clerics, sheikhs, religious, milli, political, social organisations and civil society, the ban on Mirwaiz-e-Kashmir was not being lifted.
The Anjuman has expressed hope that in view of Shab-e-Qadr, Jumma-tul-Vida and Eid-ul-Fitr, the detention of Mirwaiz will be lifted immediately and unconditionally so that he can discharge his official duties and other responsibilities in accordance with the centuries-old enlightened tradition of the Mirwaizeen-e-Kashmir. (Kashmir Bulletin —KB)