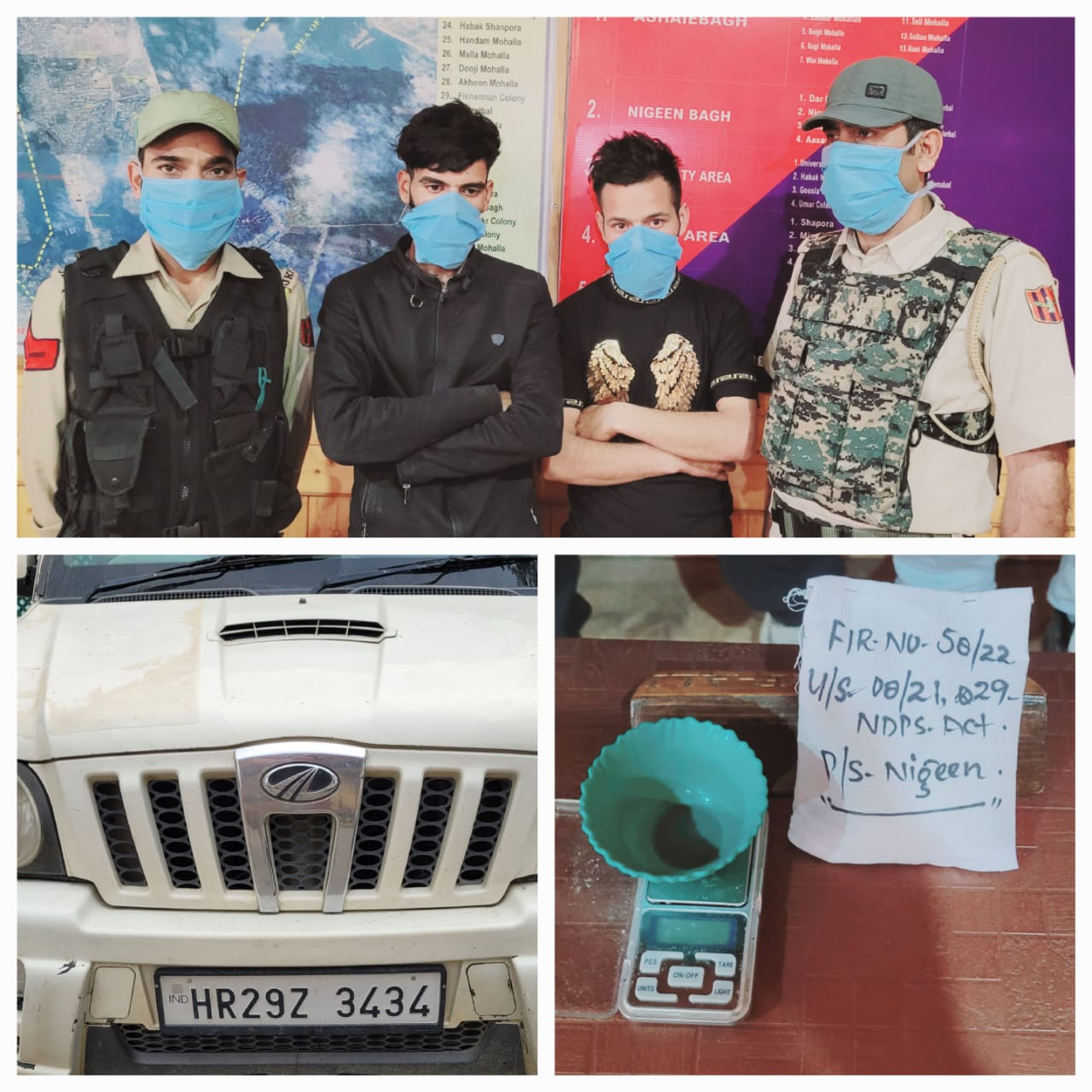 Srinagar, May 19 (KB): Police on Thursday said they have arrested two drug peddlers from a checkpoint established at Ashaibagh bridge Nigeen area of Srinagar, officials said.
Police spokesperson as per Kashmir Bulletin–(KB), said that while continuing its efforts to eradicate the menace of drugs from the society, Police in Srinagar have arrested 02 drug peddlers besides, seized the vehicle used in the commission of crime.
“A police party from Police Station Nigeen at a checkpoint established at Ashaibagh bridge Nigeen intercepted a vehicle (Scorpio) bearing registration number HR29Z-3434 with two persons on board,” they said.
As per police, “they have been identified as Parvaiz Qayoom Malla son of Abdul Qayoom Malla, Owais Majeed Khan son of Ab Majeed Khan both residents of Jawbrara Awantipora.”
“On checking, 100 grams of heroin like substance and one digital measuring scale was recovered from the said vehicle. They have been arrested and shifted to police station where they remain in custody. Besides, vehicle used in the commission of crime was also seized.”
Accordingly, “a case vide FIR No. 58/2022 under relevant sections of law was registered at Police Station Nigeen and investigation was initiated.”
Moreover, “community members are requested to come forward with any information regarding drug peddler in their neighbourhood. Persons found indulging in drug peddling will be dealt as per law. Our consistent actions against drug peddler should reassure the community members that we are making efforts to keep our society free from the scourge of drug menace.”—(Kashmir Bulletin–KB)
SendShareTweetShareSendScan