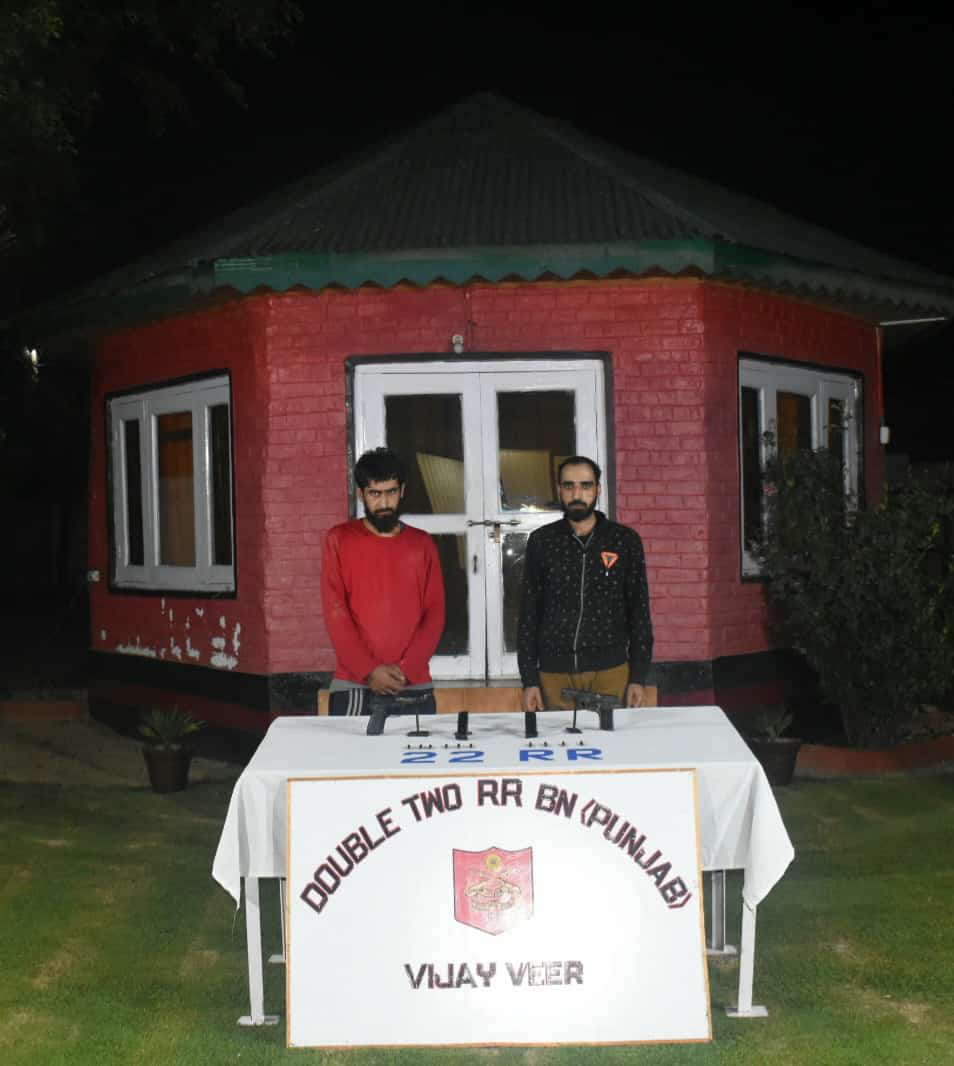 Sopore, 16 May  2022: Security Forces on Monday arrested two active hybrid militants of LeT along with arms and ammunition in Sopore town of Baramulla district.

He said that incriminating material including pistol and live ammunition were also recovered from his possession.

The arrested militants have been identified him as Mubashir Manzoor son of Manzoor Ahmed Yatoo and Abid Ayub Dar son of Mohammad Ayub Dar—both residents of Nowpora area of Sopore.

The official said that a case under relevant sections of law has been registered at Police Station Sopore and further investigation was going on. (KNS)