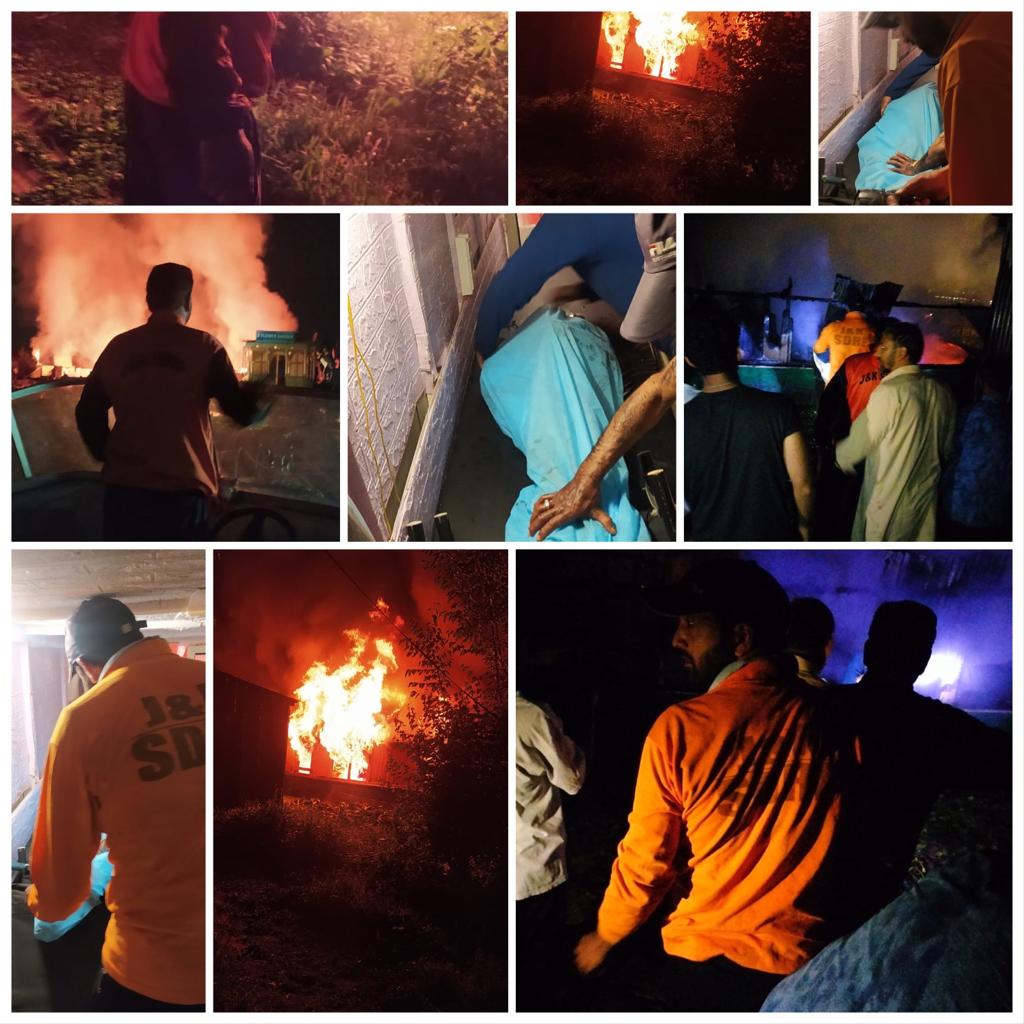 Sheikh Danish
Srinagar, May 27 (KNO): A nine-year-old girl was charred to death in an overnight blaze at Dal Lake in Srinagar.
Official sources told the news agency—Kashmir News Observer (KNO) that a 09-year-old girl identified as Nadiya Bashir, daughter of Late Bashir Ahmad Goswani was charred to death in an overnight fire incident at Ghat number 16 Dal Lake Srinagar.
Earlier, fire broke out in Kareem house boat opposite ghat number 16 Boulevard, causing extensive damage to the house boat.
Meanwhile, local police has taken cognizance of the incident and said that the cause of fire is being ascertained—(KNO)