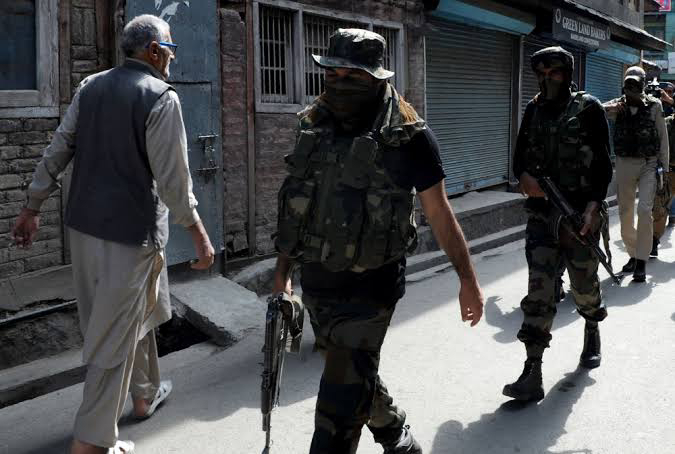 Slain militant involved in civilian killings: IGP
Jahangeer Ganaie
Pulwama, May 31 (KNO): Two local militants were killed in a gunfight that broke out between militants and government forces at Rajpora village of Awantipora area in south Kashmir’s Pulwama district, officials said on Tuesday.
An official told the news agency—Kashmir News Observer (KNO) that a joint team of police, Army and CRPF after receiving information about the presence of militants launched search operation in the area.
He said that as the joint team of forces intensified searches towards suspected spot, the hiding militants fired upon the party, which was retaliated, thus triggering an encounter. He said during exchange of fire, two militants were killed.
Meanwhile IGP Kashmir said that two local militants were killed including Shahid Rather who was involved in killing of Shakeela of Aripal and a govt employee Javid Ahmad of Lurgam Tral.
“Killed militants identified as Shahid Rather of #Tral & Umar Yousuf of #Shopian. Besides other #terror crimes,  Shahid was involved in killing of a woman Mst Shakeela of Aripal & a govt employee/ peon Javid Ahmed of Lurgam Tral,” Kashmir police zone tweeted while quoting IGP Kashmir—(KNO)
SendShareTweetShareSendScan