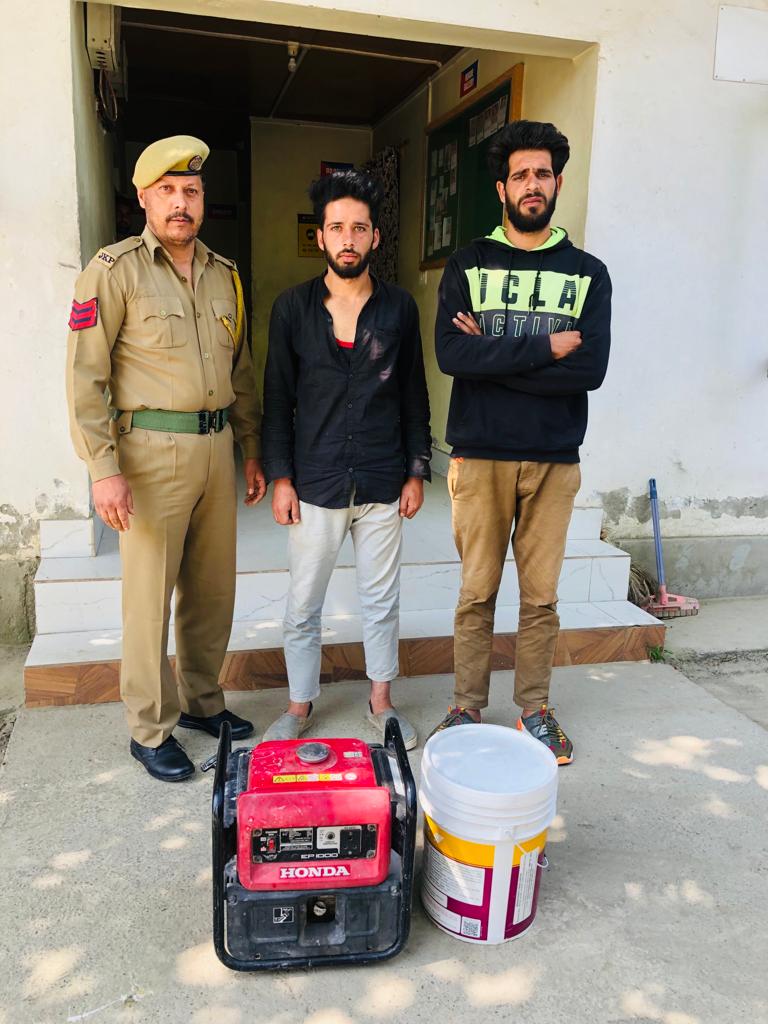 Sopore, May 15 (KB): Police on Sunday said they have solved burglary case, arrested the accused and have also recovered stolen property from them, officials said.
Police spokesperson as per Kashmir Bulletin–(KB), said that Sopore Police solved a burglary case and arrested two accused persons involved in the commission of crime. Stolen property has also been recovered.
The spokesperson further said that, on May 10, Police Post Putkha received a written complaint from one Mehboob Hussain Mir S/O Ghulam Nabi stating therein that some unknown burglars entered his newly constructed school namely “HERITAGE SCHOOl”, at Hygam and stole Generator, Motor and Paint Bucket.
Accordingly, “Case FIR No. 41/2022 under relevant sections of law was registered in Police Station Tarzoo and investigation was initiated. During the course of investigation, strenuous efforts were put forth by the SHO Tarzoo Insp. Bilal Khanday and Incharge Police Post Putkha Insp. Sajad Ahmad using modern techniques including the collection & examining the CCTV footage, and collecting other corroborating evidence resultantly the involved accused were identified.”
As per police, “the identified persons were arrested and were identified as: Aadil Khaliq Ganie and Saqib Akbar Ganie both the residents of Bulgam Sopore.”
Moreover, “the investigating team has also succeeded in the recovery of stolen property from the possession of the arrested accused. Community members have appreciated the efforts made by the Sopore Police for solving the burglary case. Our efforts should assure community members that Police is resolved to act tough against the individuals involved in criminal activities.”—(Kashmir Bulletin–KB)