Delimitation Panel’s report is ‘Tailor made’, aimed at benefitting some leaders: Azad 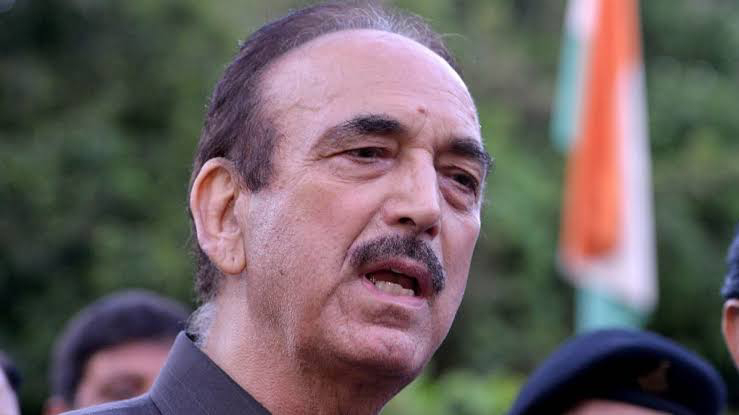 ‘Demands of vulnerable people like KPs, Sikhs, Muslims must be fulfilled, tourism must not mistaken as normalcy’*
KNO Correspondent
Jammu, May 21 (KNO): Former chief minister and senior Congress leader, Ghulam Nabi Azad on Saturday said that the delimitation commission’s final report a “tailor made”, aimed at benefitting some leaders.
Talking to media persons in Jammu, Azad, as per the news agency—Kashmir News Observer (KNO), while reacting to the demands of Kashmiri Pandits, said that the security related concerns of all the vulnerable people, be it KPs, Muslims or Sikhs, must be addressed.
About the delimitation report, he said it seems a tailor made, aimed at benefitting particular leaders and defeating other leaders.
He further said that everybody has to play their role in eradicating militancy, adding that the government should not consider the footfall of tourists as normalcy. “The credit for massive tourist footfall everywhere across the country goes to Almighty as the temperature remained pleasant, which lead to the good tourist season across the country,” he said—(KNO)