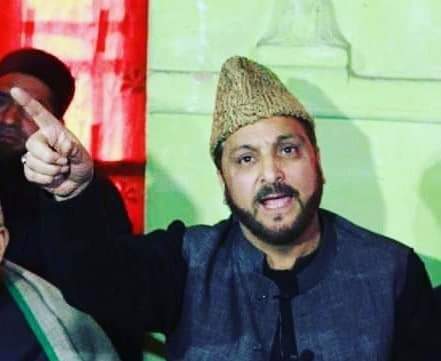 Growing Drug Abuse in Kashmir: Grand Mufti calls for social boycott with drug dealers, addicts
Welcomes Amarnath Yatra pilgrims to Valley, says people from different communities must not spread hatred through statements; KPs must stay with Muslim brethren
KNO Correspondent
Srinagar, May 21 (KNO): Kashmir’s Grand Mufti, Nasir-ul-Azam on Saturday called for social boycott with those involved in drug menace stating that the growing drug abuse is proving a rot in the society and ruining the lives of youngsters.
Talking to the news agency—Kashmir News Observer (KNO), Mufti Nasir-ul-Islam welcomed the Amarnath Yatries to Kashmir and also said that the communal hatred must not be spread through the statement by any community. “We must rise to the occasion as a collective society to go for social boycott with the drug dealers and addicts. Young boys are fast falling prey to growing drug abuse. This is proving as a rot in the society and it’s high time we must act to save our young generation,” Islam said.
He also called for social boycott with the people involved in drug dealing and addicts as well. He also ruled out any possibility of compromise with such elements within the society. The Grand Mufti in his message to Amarnath Pilgrims said that Yatris are welcome to Kashmir and as usually Kashmiri people will help facilitate smooth yatra and maintain a cordial relation with the pilgrims as being done since past so many decades.
About Kashmiri Pandits, he said that that KPs must stay with their Muslim brethren and live a peaceful life while as both communities must face challenges together. “There is no need to give offensive statements,” he said—(KNO)