Share on WhatsAppShare on Facebook
He will also be Member of  Commiitee on Promotions, Finances & Hajj Arrangements, announcement made at HCoI meet in Mumbai 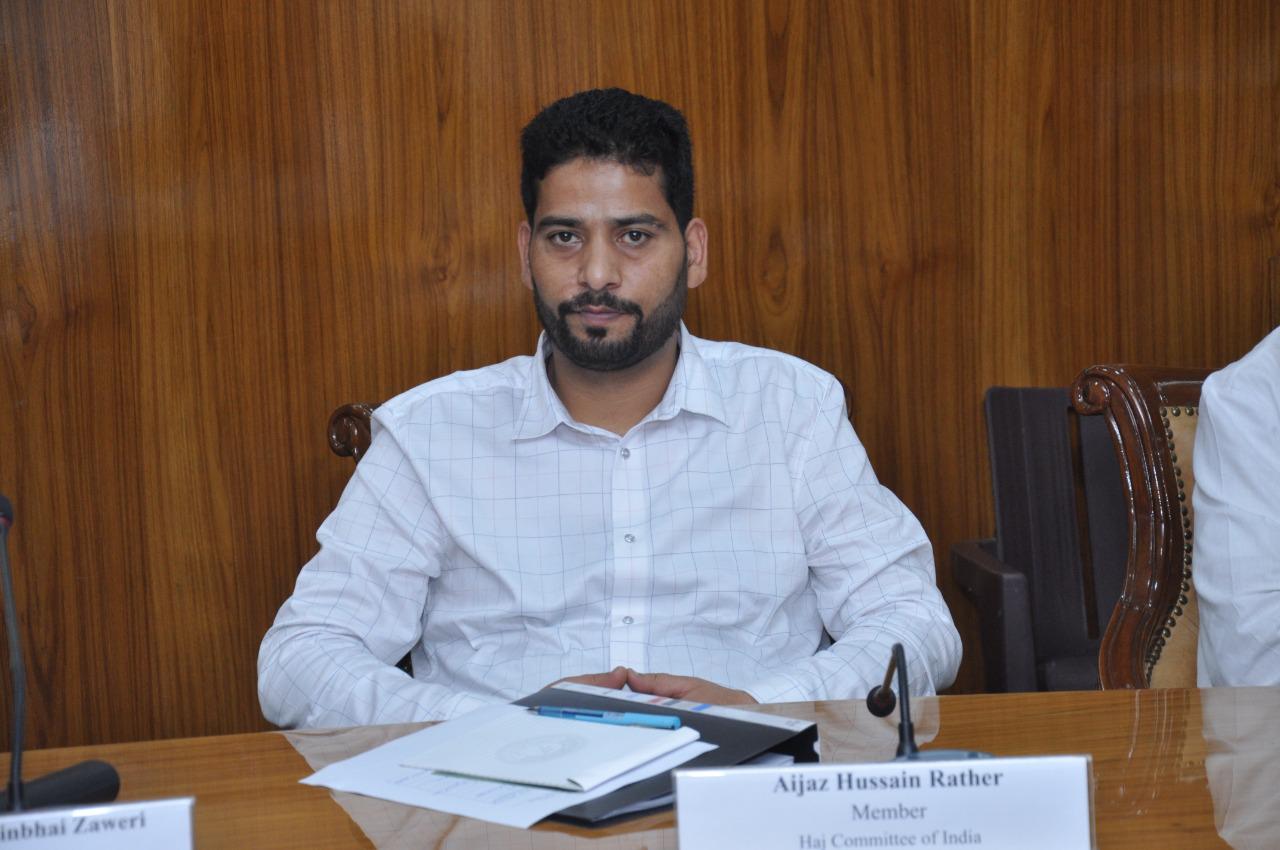 Srinagar, May 27 (KB): Member of Hajj Committe of India (HcoI) Er Aijaz Hussain has been appointed as the Chairman of Sub-Committee Aircharter for HCoI.
Aircharter Sub-Committee will be responsible for accommodating Hujaj in Charterd flights.
Officials said that Er Aijaz has also been appointed as the member of various important committees of HCoI that include Sub-Committee for promotions, Finances and overseeing Hajj-2022 arrangements. This was announced  in the meeting of all members of HCoI held in Mumbai on Friday. The meeting  was chaired by chairman HCoI.
“Thanking the Union Minister for Minority Affairs Mukhtar Abbas Naqvi for assigning him crucial and important role with regard to ensuring smooth and hassle-free Hajj2022, Er Aijaz said that he will work with dedication and zeal to fulfil all his responsibilities. He said that the first and foremost priority of HCoI was to facilitate Hujaj across India in a friendly manner.”—(Kashmir Bulletin–KB)
SendShareTweetShareSendScan