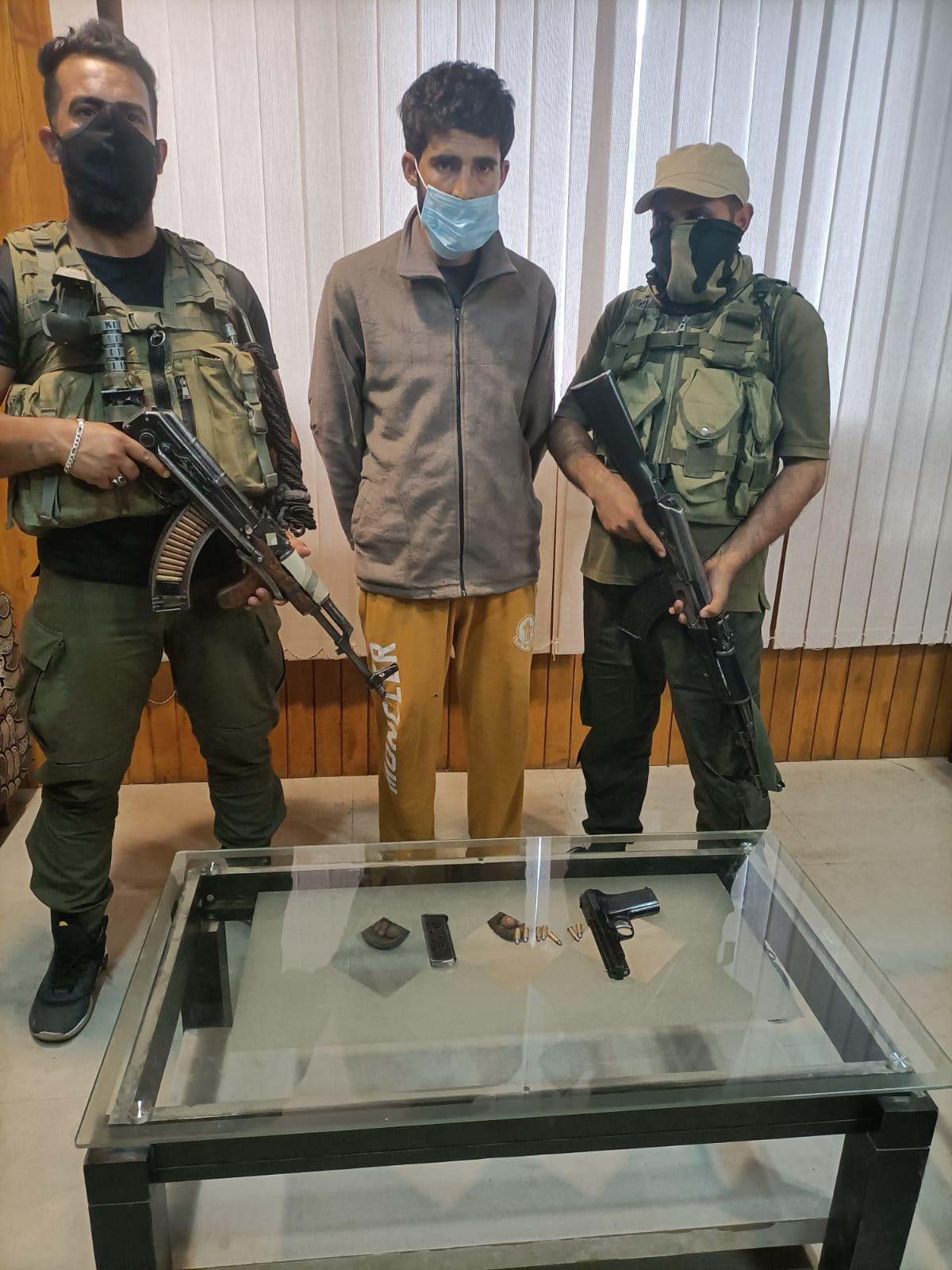 Srinagar, May 09:(GNS) Police on Monday claimed to have arrested one Lashkar-i-Toiba militant in North Kashmir’s Baramulla district.
In a statement issued to GNS, the police said that Joint forces of Baramulla Police, Army 52 RR, 53 Bn CRPF & 2nd Bn SSB established routine MVCP near Juhama crossing Baramulla. During checking the party observed movement of one person who were coming towards Kanispora. On seeing Party the individual tried to flee from the spot.
The police spokesman further stated that however the individual was tactfully apprehended. Who on interrogation disclosed his identity as Tawheed Ahmad Haroon son of Late Khazir Mohammad resident of Delina Ghat, Baramulla.
On personal search 1 pistol, 1 pistol magazine, 09 live rounds of 9 mm pistol were recovered from his possession of these arms/ ammunition. The individual on demand failed to justify the possession of these arms/ammunition, he said.
It is pertinent to mention here that the militant obtained this illegal arms ammunition with intent to carry out terrorist activities in Baramulla and its adjacent areas, he said.
Case under sections of Arms & UA (P) Act stands registered in Police Station Baramulla and investigation taken up, reads the statement.(GNS)