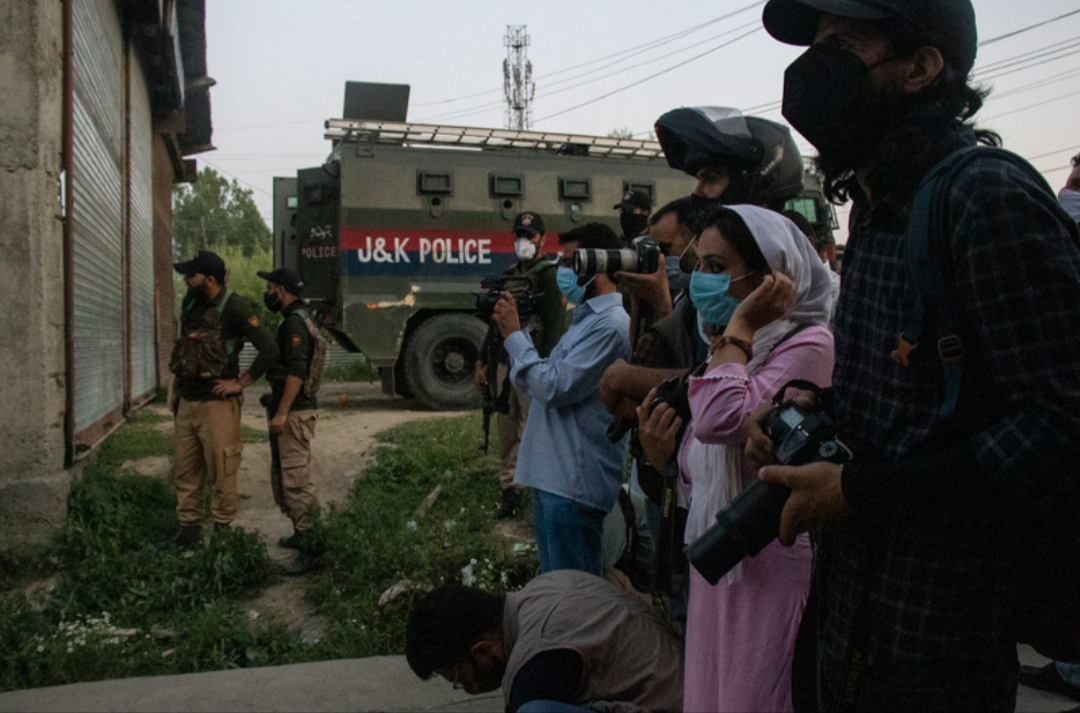 Srinagar: In a ‘regulatory guideline’ issued by the Cluster University of Srinagar, journalism students pursuing Journalism from Government College for Women, have been asked not to pursue internships or work with media organizations ’till they reach the last semester’ of their honors course.

The order dated May 18, 2022, read that the students would “face action if found violating the guidelines”. 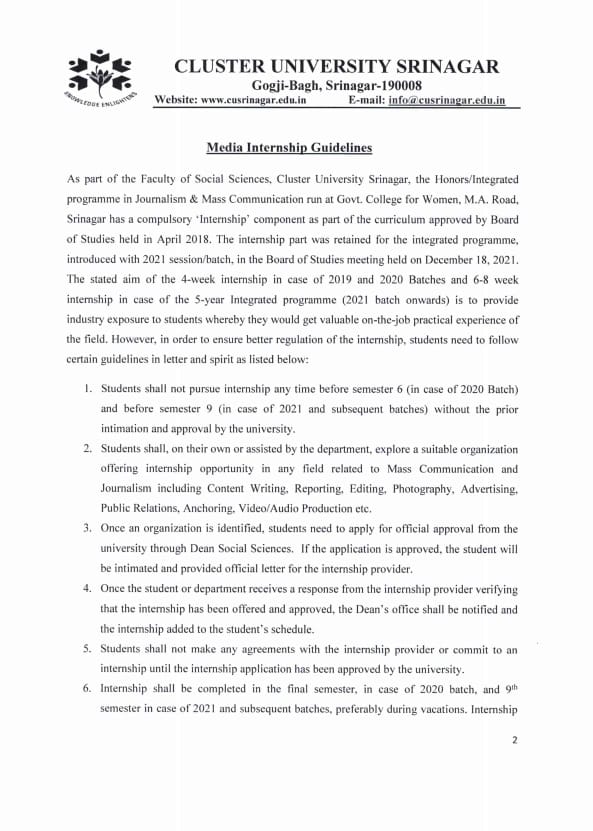 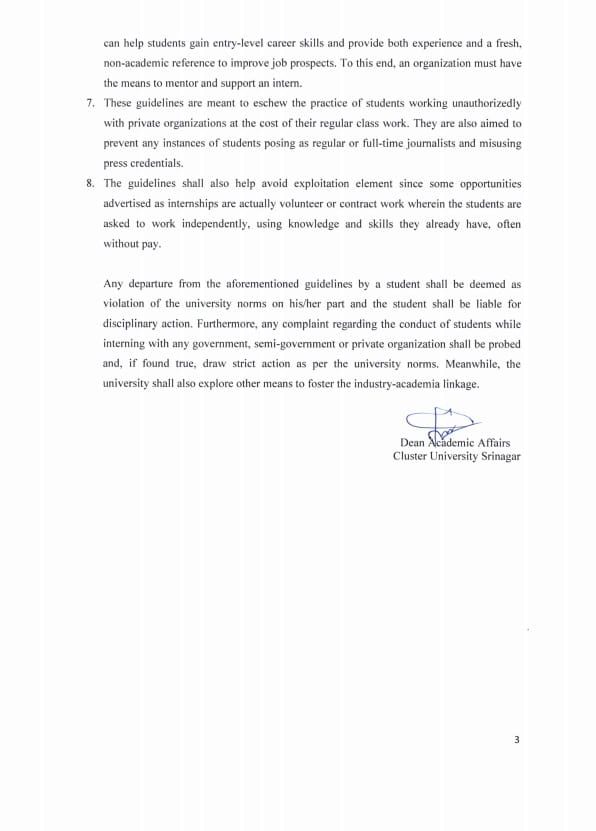 The guidelines justify the regulation as an attempt to “eschew the practice of students working unauthorizedly with private organizations at the cost of their regular classwork.”

It further reads that the guidelines are meant to prevent instances of students “posing as regular or full-time journalists and misusing press credentials.”

The students enrolled for the course feel otherwise.

While speaking to Free Press Kashmir on the condition of anonymity, a student said that she does not see this as an issue of attendance.

“We don’t see higher authorities getting involved and issuing guidelines for an issue as meager as classwork. This is just intimidation,” she said. “I have been interning and freelancing after college hours and I never let my work affect my attendance,” she added.

The students termed the guideline as “disturbing and worrisome.”

Earlier in April, Free Press Kashmir learned that the students were verbally and unofficially told to stop interning with the news organizations.

“Back then, we were told that the guidelines would be out soon, and now that they are announcing it officially, the reality for us changed weeks back,” a student said.

Kashmir-based journalist Shahana Butt who runs ‘The Indus Post’ magazine and trains interns who are mostly students of Women’s College, told Free Press Kashmir that she feels the students are being taught “censored journalism.”

“It seems they are trying to teach students in a different manner. They are not allowing students to intern or volunteer. They are not giving them the freedom to choose their favorite mentors. It is hurtful, and will affect students the most,” she added.

The decision is being seen by the journalism fraternity and the students as an attempt to further tighten the restrictions on the press in Kashmir.

“Media is not only about syllabuses and classrooms and delivering presentations. But as per my understanding, media is practical. It has more to do with learning things in the field from those who have experience in the field,” Shahana added.

“I have been in the field for 16 years and I have never been asked for my certificate till date,” Shahana said, emphasizing that those taking such decisions on behalf of faculty, are not from the field of journalism but the ones who hold powerful positions.

Speaking to Free Press Kashmir, Prof. Mushtaq Ahmed Lone, Dean Academic Affairs, Cluster University said that the board has “no ill intentions or hidden motives behind the move.”

“Students were wasting their time in internships instead of classwork so we have regulated it making it mandatory only in the sixth semester,” he added.

However, the “regulatory guidelines” issued have cited that the compulsory internship was approved by the Board of Studies in 2018, but it misses out if the same board restricted or ban students from starting an early internship or joing media organisations before qualifying for the final year.

Recalling his own days in college, Aakash Hassan, a freelance journalist said,” it is important that students get that early exposure and understanding of newsroom culture to build a future in this field,” he added.

“Globally, internships are being given more importance and contrary to it, it seems peculiar that such a decision has been taken in Kashmir,” Aakash said.

“Working also made us financially independent to some extent. College is not going to come up with stipends for those who would sustain their financial needs by interning,” a student told Free Press Kashmir.

“This is not just the intimidation of students, but the whole fraternity. We feel that our mentors and teachers are as intimidated as we are,” another student said.

“We are being taught when there is pressure, you succumb to it,” he said. (Via: Free Press Kashmir)