Killings are plans to push you out of Kashmir; dont allow such elements suceed: IGP tells protesting KPs at Budgam 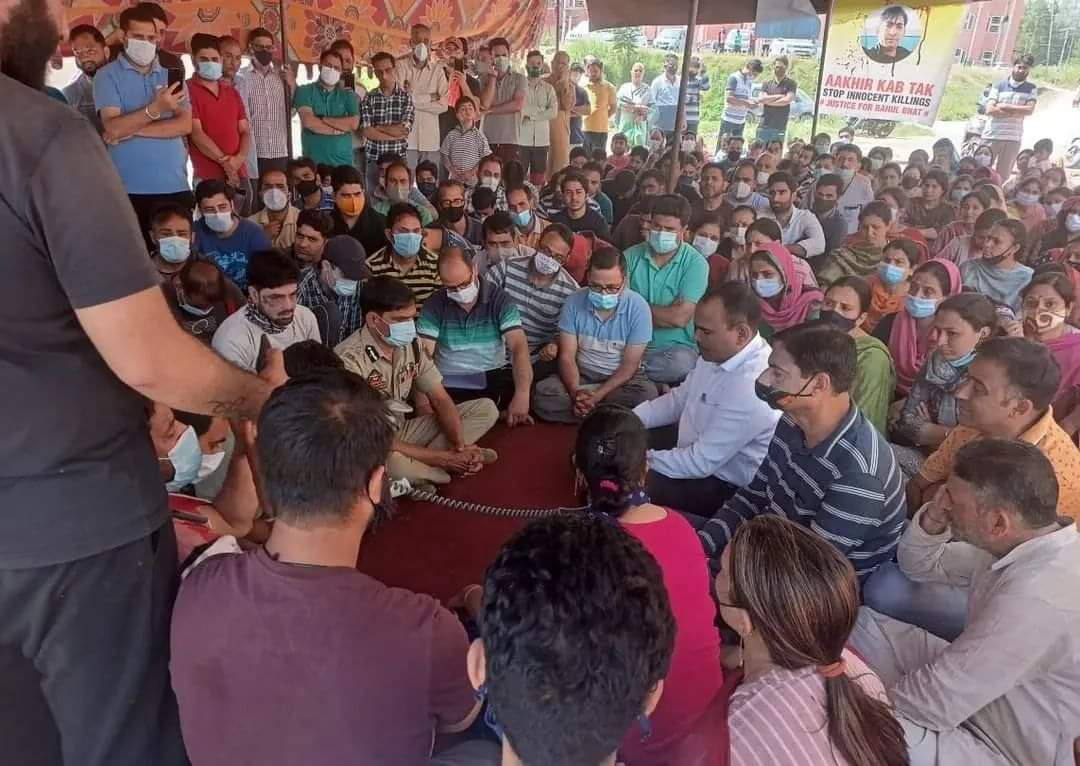 Says shortcomings in security  grid  to be plugged soon, promises enhanced security cober fpr KPs, promises eradication of militancy
Sajid Raina
Budgam, May 17 (KNO): Inspector General of Police (IGP) Kashmir Tuesday met protesting  KPs at Budgam and urged them not to think  of leaving Kashmir as the “same was plans of militants  and their masters across” that has to be foiled by all means. He assured KPs of every help and promised  them “better and enhanced security cover in the days ahead.”
As per news agency—Kashmir News Observer (KNO), while addressing Kashmiri Pandit protesters at Sheikhpora, Budgam, Inspector General of Kashmir said that the shortcomings in security grid will be addressed very soon and at the same time, ‘we will eradicate terrorism’.
The Kashmir police chief visited  Sheikhpora where the pandit community has been protesting continuously for the last six days against the killing of their colleague last week.
Assuring  the protesters there, he said: “Everyone including police, army and even local people will have to fight against terrorism. I urge the protesters not to do anything that will make our enemy successful. To push you out of Kashmir is the plan of militants  and their masters which has to be foiled you and us collectively.”
He said  attacking KP community is a ploy of the  to drive them out of Kashmir which “we will never allow to succeed.”
“On behalf of the Army, Police and other security forces, I assure protesters that any shortcomings in security grid regarding the safety and security of KP’s will be addressed very soon, ” he said, adding that at the same time, terrorism will be eradicated as we have been doing—(KNO)