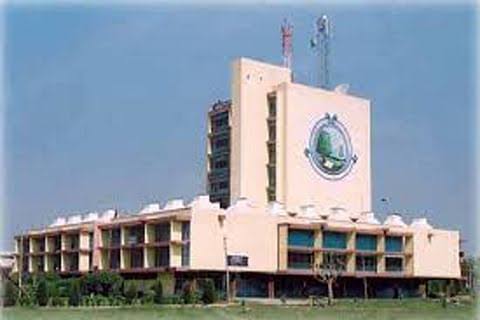 Srinagar, May 26, KNT: Jammu & Kashmir Students Movement expressed resentment over the Kashmir University’s failure to complete the admission formalities for PhD candidates including one-year LLM of Law department despite the passage of over five months.
The entrance test for Ph.D. admission in the law department was conducted on December 26, 2021, followed by an interview on January 17 this year.
The selection list was not issued as one senior professor showed some ‘dissent’ for not allowing one year LLM students to pursue PhD despite two scholars who are doing PhD in the department having one year LLM.
Also, faculty members with one-year LLM are teaching in the department.
Reportedly the matter was resolved after Dean Academics formed a committee in which majority of the members gave a nod for one year LLM students to do Ph.D.
JKSM learnt that after a committee was constituted to decide the fate of one-year LLM course students, only a single professor from the law department showed dissent and was against the decision of allowing candidates with one year LLM course.
However the majority was in the favour of allowing them, but still the admission process for all the selected candidates including one year LLM remain undeclared since Dean Academics is not giving his consent.
JKSM said that the Dean Academics didn’t issue the list as the administrators and faculty started to “blame game”.
JKSM reiterates that no such university statute exists that denies one year LLM course students to pursue Ph.D. from its Law department.
It said KU shall adhere to its statutes and allow both one-year and two-year LLM students to complete the admission process within no time as is being done in the rest of the universities in the country.
It said that Jammu University smoothly allowed one-year LLM students to join for PhDs without any hiccups.
“Why are Kashmir-based one-year LLM students made to suffer because of the tussle between administrators and faculties. Is KU above UGC and BAR Council of India guidelines. When the University doesn’t have any hesitation in taking huge funds from UGC why can’t it follows UGC rules and statutes,” JKSM asked.
JKSM demanded the newly appointed VC Neelofar Khan to urgently order the issuance of the notification for allowing all selected candidates to pursue Ph.D. without giving them further mental trauma.
It also urged JK LG Manoj Sinha to intervene and keep a close watch on KU functioning so that its students don’t face any issues vis a vis their studies. (KNT)
SendShareTweetShareSendScan