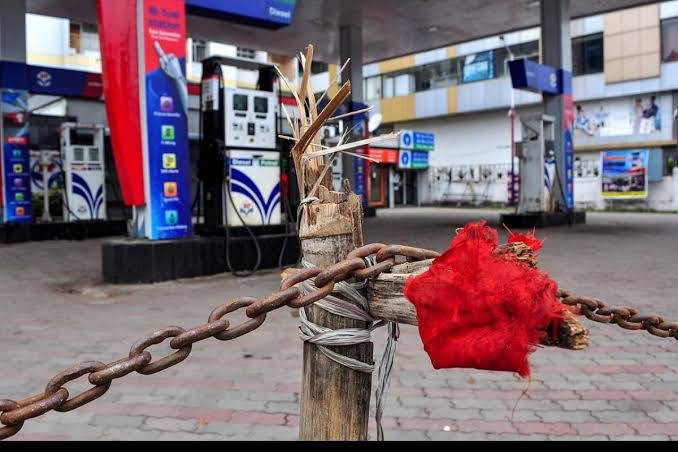 Srinagar, May 21,KNT: The Legal Metrology department today seized and registered cases against two petrol pumps for delivering a shorter quantity of fuel to the consumers.
In one of the cases, it was observed that 6 Nozzles of a Petrol Pump located on National Highway at  Srinagar were delivering short fuel by about 30 ml against every 5 Litres. All the Nozzles of the outlet  were seized on spot and the case was  registered under section 30 of Legal Metrology Act, 2009.
The department has earlier received a complaint from the consumers in which it was alleged that few Petrol Pumps across Srinagar  were indulging in unfair trade practices and were looting Consumers by using various tricks against them. The LMD soon inspected various Outlets during which two Petrol Pumps were found violating the Law and where subsequently seized.
In another similar case, a Petrol Pump was inspected  which was found delivering short fuel to the consumers and seven Nozzles of the Outlet were seized for similar violations.
At present, two such Petrol Pumps are under seizure and on the basis of the charge sheet, action as warranted under law will be initiated against them. The inspection drive will be continued in the coming days.
The Consumers are hereby informed that in case of any doubt with respect to the delivery of fuel by any Petrol Pump, they can check the quantity on their own by using the certified 5 Litre measure which is available with every Petrol Pump and in case a Petrol Pump refuse to do that, a complaint can be lodged with the Legal Metrology. Department(KNT)