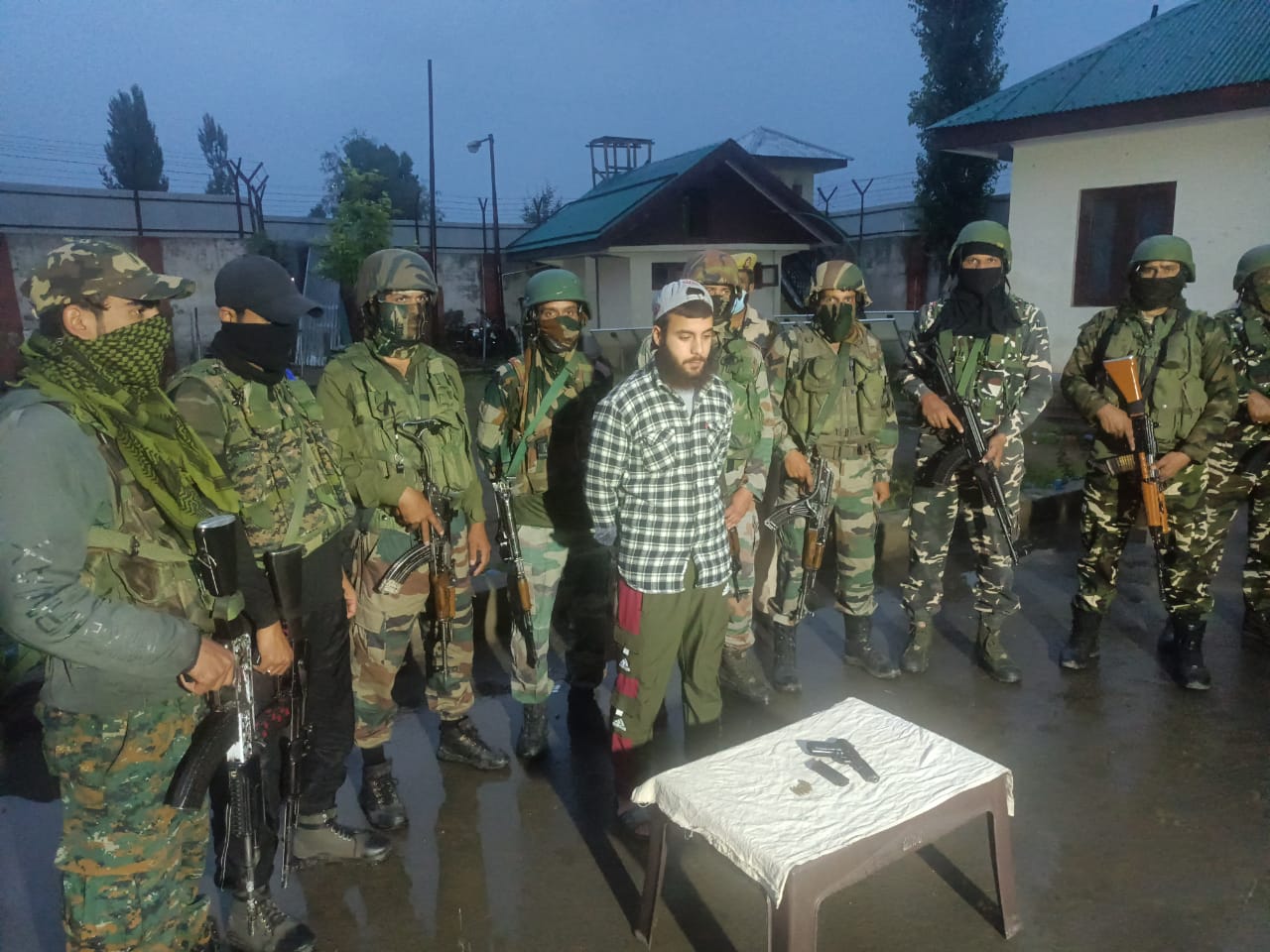 Srinagar, 27 May (KB): Police on Friday said they have arrested one militant associate of LeT from authoora area of Kreeri Baramulla, officials said.
Police spokesperson as per Kashmir Bulletin–(KB), Joint forces of Police, Army 52 RR and 2nd Bn SSB established a routine MVCP at Authoora bala bridge. During checking the party observed movement of one person who was coming towards authoora Bala from Daulatpura.
“On noticing  the naka party the individual tried to flee from the spot. However, the individual was tactfully apprehended, who later on was identified as Mohd Saleem Khan S/O Gh Hassan Khan R/O Shrakwara Kreeri.
“Upon his personal search 1 Pistol, 1 Pistol magazine, 5 rounds of Pistol were recovered from him. It is pertinent to mention here that the militants obtained these illegal arms and ammunition with intent to carry out militants activities in Kreeri and adjacent areas.”
Moreover, “Case under sections of Arms and UA (P) Act stands registered in Police station Kreeri and investigation set in motion.”—(Kashmir Bulletin–KB)