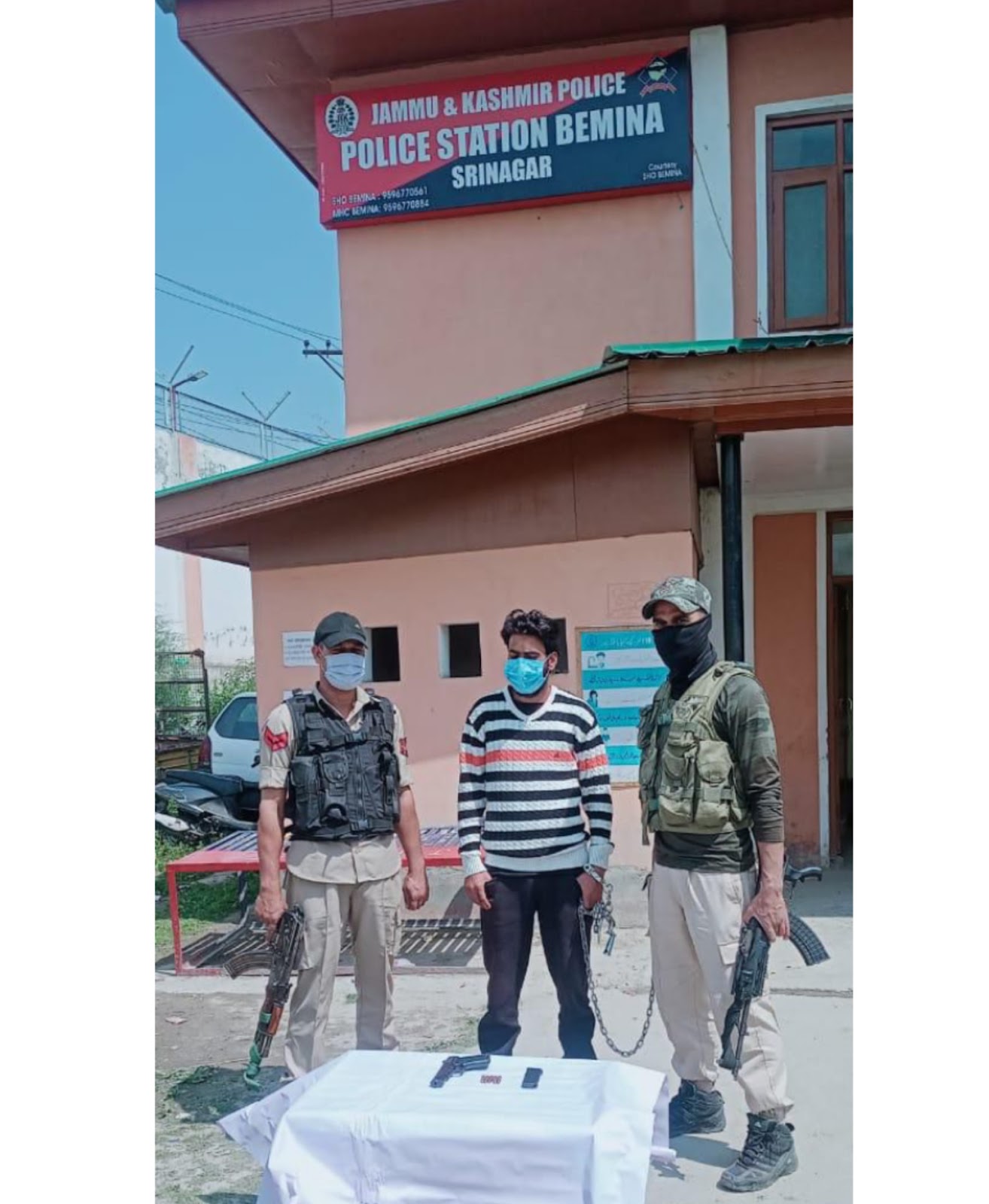 Says was involved in delivering pistols in Srinagar city to carry out targeted killings
Srinagar,May 27:(GNS) Police on Friday claimed to have arrested a Lashkar-e-Toiba hybrid militant in Bemina area of Central Kashmir’s Srinagar district.
In a statement issued to GNS, the police said that acting on a specific tip-off about the movement of militants in the general area of Bemina, a joint Naka was laid by Srinagar Police, valley QAT of CRPF & 2 RR at Bemina Crossing. One individual suspiciously approaching the Naka was challenged by the Naka personnel on which he tried to flee. However, he was apprehended by the Naka party.
The apprehended individual identified himself as Nasir Ahmad Dar son of Abdul Ahad Dar resident of Gund Brath Sopore. On his frisking, one Pistol, one magazine and five live rounds were recovered from his possession, according to police spokesperson.
On basis of his initial questioning, the individual accepted that he was working as a hybrid militant of LeT outfit and was involved in delivering pistols in Srinagar city to carry out targeted killing, he said.
A case under the relevant provisions of law has been registered at  Police Station Bemina and further investigation has been taken up, reads the statement.(GNS)
SendShareTweetShareSendScan