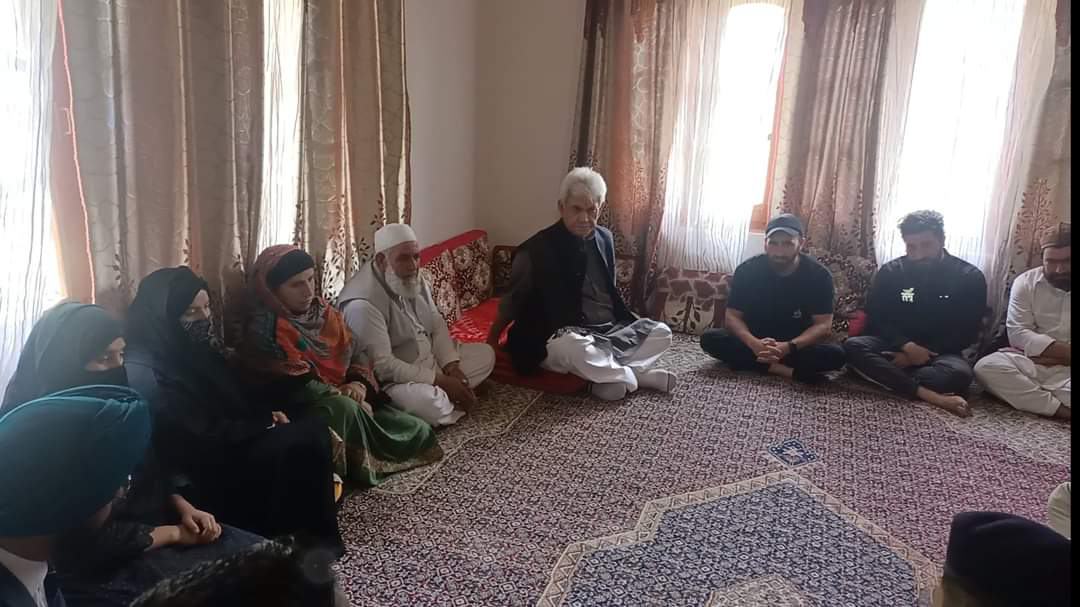 Baramulla, May 28 (KNO): Jammu and Kashmir’s Lieutenant Governor Manoj Sinha on Saturday visited the house of slain policeman, Mudasir Sheikh, who was killed during an encounter with militants on last Wednesday.
A top official told the news agency—Kashmir News Observer (KNO) that the LG accompanied by other officials visited the slain Mudasir’s family at Uri town of Baramulla district and expressed his condolences to his parents and other members of the family.
On last Wednesday, three Pakistani militants of Jaish-e-Mohammad (JeM) outfit were killed in an encounter with the security forces at Kreeri area of Baramulla district during which a policeman Mudasir Ahmad also lost his life—(KNO)