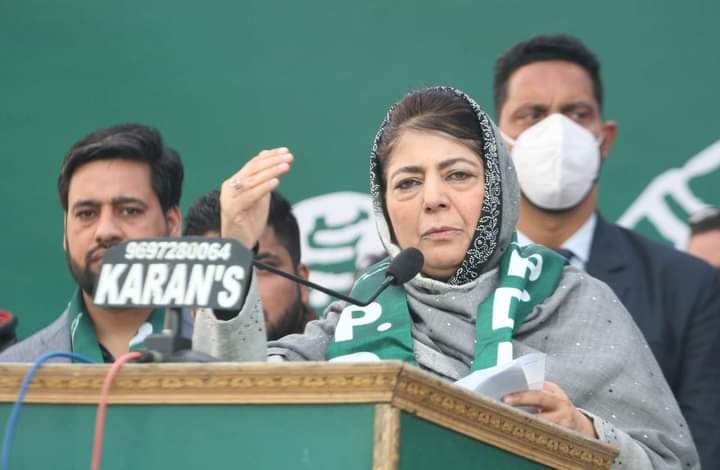 Mehbooba Mufti pays tributes to Mirwaiz, Lone
Srinagar, May 21st: Peoples Democratic Party (PDP) has paid glowing tributes to late Mirwaiz Moulvi Farooq and Abdul Gani Lone on their martyrdom anniversary describing them as the torchbearers of the State’s struggle for political and social justice.
In a statement issued here PDP President Mehbooba Mufti lauded the role of Mirwaiz and Lone in the peaceful struggle for the resolution of the Kashmir issue.
“Both these leaders have played a critical role in the struggle for mitigation of the political, economic and social problems of the people of Jammu & Kashmir,” she said.
Paying rich tributes to the deceased leaders, Mehbooba said the political turmoil in the State has given us thousands of wounds that would take years to heal.
“The best tribute to these leaders would be the peaceful resolution of the Kashmir issue. If alive, both Mirwaiz and Lone could have contributed further towards political and social upliftment of Jammu and Kashmir, ” she said.
PDP Vice President A R Veeri, General Secretaries Gh Nabi Lone Hanjura, Dr Mehboob Beg ,senior leader Naeem Akhtar and Chief Spokesperson Suhail Bukhari have also paid rich tributes to late Mirwaiz and Lone on their martyrdom anniversary.
SendShareTweetShareSendScan