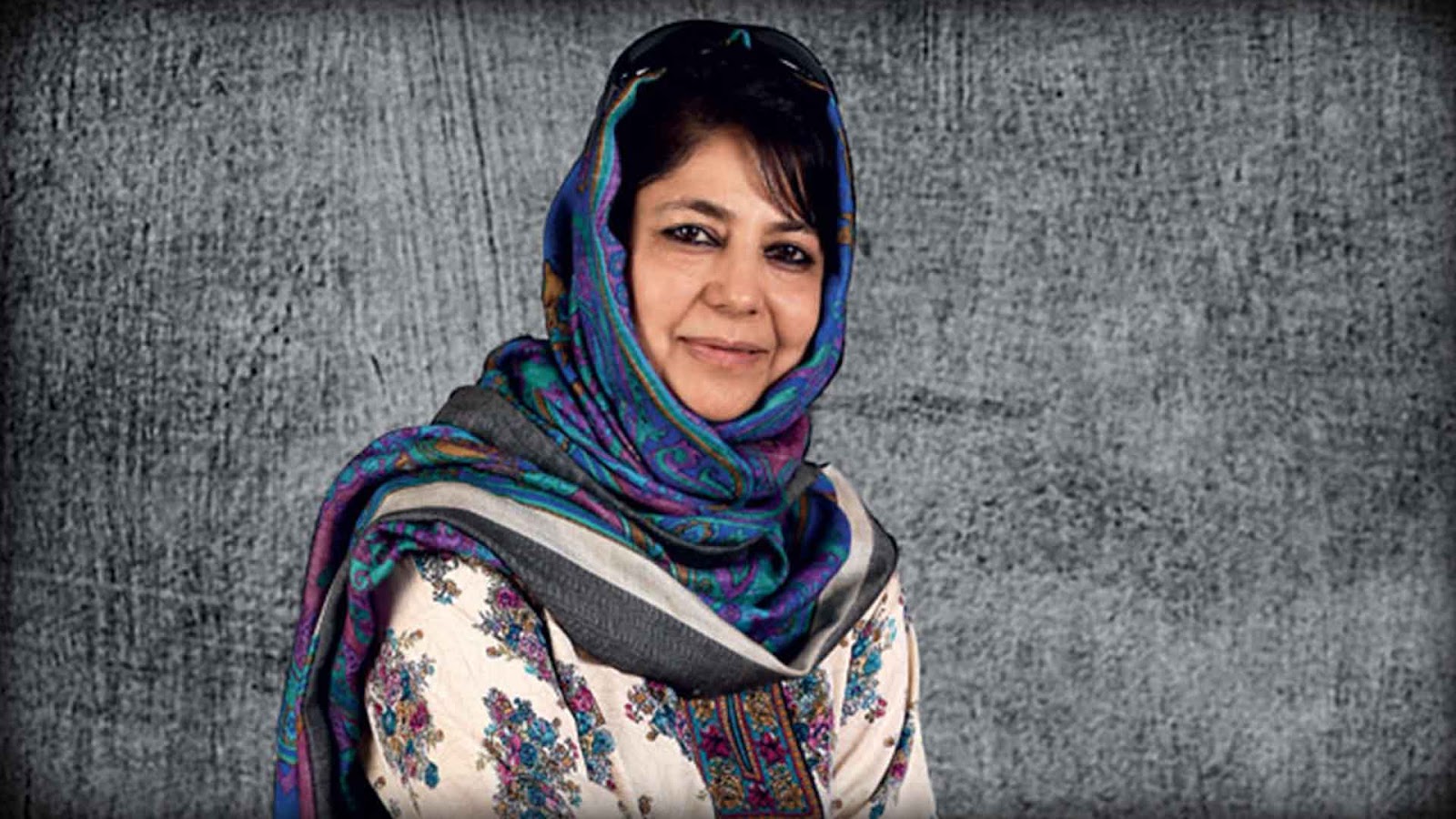 SRINAGAR: Former Jammu and Kashmir Chief Minister and Peoples Democratic Party President Mehbooba Mufti turned 63 on Sunday.
Born on May 22, 1959 at Akhran, Nowpora in district Islamabad, Mehbooba is amongst the most recognized political leaders not only in Jammu & Kashmir, but throughout the country.
Ms Mehbooba has been a dominant force in J&K politics and is presently the President of Peoples Democratic Party (PDP) founded together by her father Mufti Mohammad Sayeed and his colleagues in 1999.
She schooled from Presentation Convent School in Srinagar and graduated in English literature from Government College for Women, Parade in Jammu. She went on to obtain a degree in Law from the University of Kashmir and got married soon after completing her law degree. But her marriage later ran into problems.
She shifted to New Delhi in 0ctober 1989 and joined Bombay Mercantile Bank to be financially independent to take care of her infant daughters. She also worked with East-West Airlines for some time before moving back to J&K.
Ms Mehbooba left the job and returned to the State to help her father in his political work. She contested her maiden assembly election in 1996 from the home constituency of Bijbehara in district Islamabad nobody was ready to contest from there due to fear of militancy. With her daughters, Irtiqa and Iltija, in primary school at that time, Ms Mehbooba won the election and became a lawmaker for the first time.
Ms Mehbooba quickly made a mark as the leader of the Congress Legislature Party in the State Assembly, taking on the government of then chief minister Farooq Abdullah with asperity.
In run-up to the formation of PDP in 1999, Ms Mehbooba resigned her assembly seat and went on to contest the Parliamentary Elections from Srinagar in 1999.
She successfully contested the Assembly elections from Pahalgam constituency of district Islamabad in 2002 and vacated the seat in 2004 as she was elected to the Lok Sabha from the Islamabad-Pulwama Parliamentary constituency.
She again successfully contested the State Assembly elections in 2008 from Wachi constituency of district Shopian.
In May 2014 she was re-elected to the Lok Sabha from Islamabad-Pulwama parliamentary segment. She has served as a Member of the Parliamentary Standing Committees on Empowerment of Women, Information Technology and the Ministry of Health and Family Welfare.
Mehbooba served as the last Chief Minister of Jammu and Kashmir as a State, from April 4, 2016 to June 19, 2018.
Meanwhile, Former Chief Minister Omar Abdullah wished Mehbooba Mufti “a long and good health” on her birthday.
“Wishing you a very happy birthday @MehboobaMufti . May you be blessed with a long life, good health & the strength to continue to give a voice to those whose voices have been drowned out by the noise around us,” tweeted Omar. 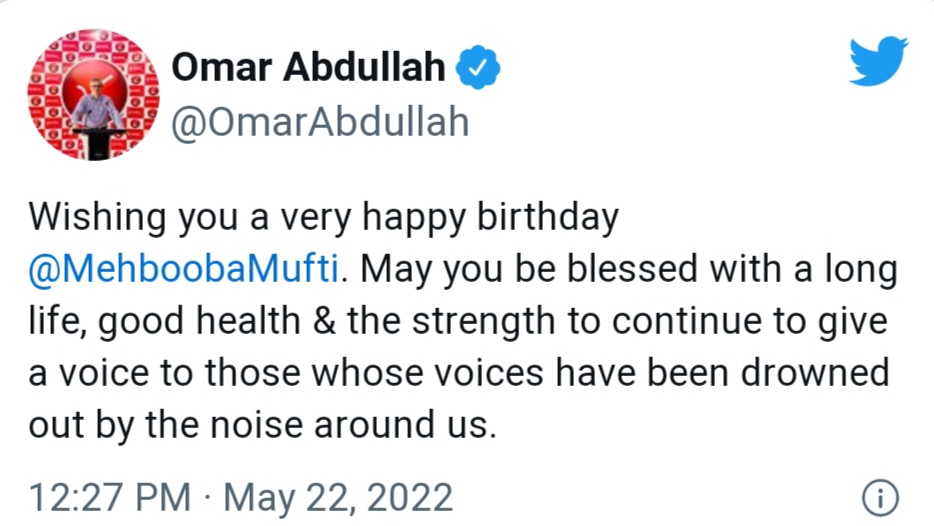