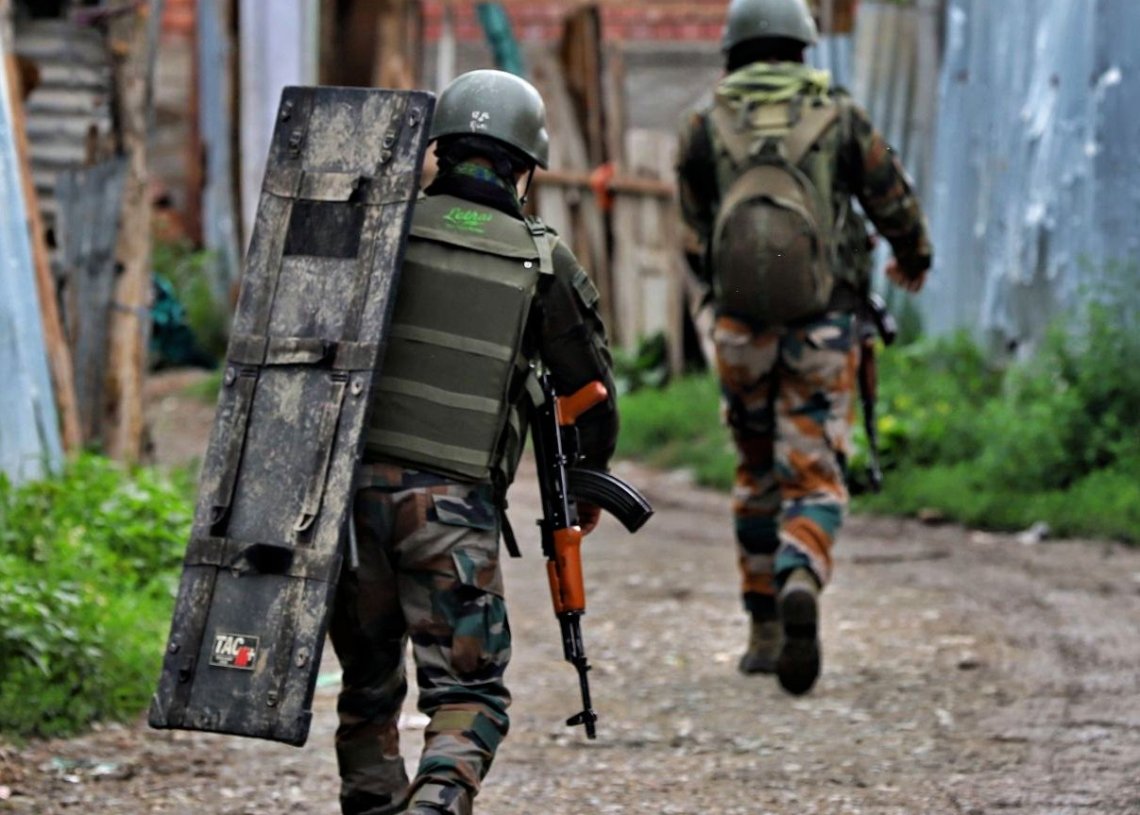 Srinagar, May 26:(GNS) A gunfight broke out between militants and security forces in Jumagund village of North Kashmir’s Kupwara district on Thrusday.
In a tweet Kashmir Police Zone wrote, “Based on a specific input developed by Kupwara Police regarding infiltration attempt of militants in village Jumagund, Kupwara, an encounter has started when the infiltrating terrorists were intercepted by Army & Police. More details to follow,”.
Pertinetly this is second encounter in North Kashmir in less than 24 hours. Three  Pakistani Jaish militants and a cop were killed in a gunfight in Baramulla district yesterday.(GNS)