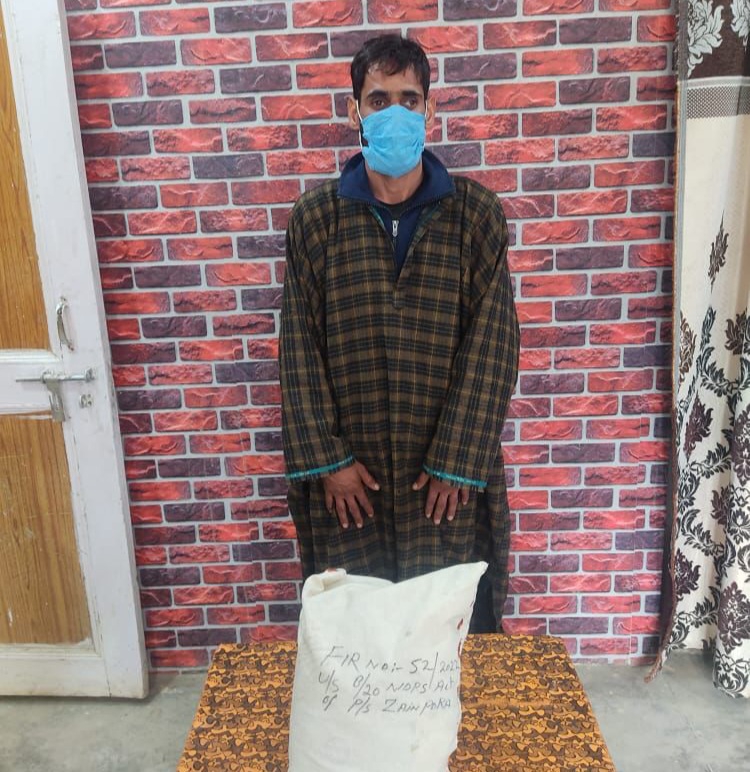 Shopain 23 May 2020: In connection with investigation of FIR No 52/2022 U/s 8/20 of NDPS Act of Police Station Zainpora, Shopian Police on the basis of Specific information regarding the concealment of Charas  by one drug peddler Sabzar Ahmed Dar S/o Abdul Razak Dar R/o Melhoura Wachi in his house, Police Party headed by SDPO Zainpora , IC PP  Wachi  along with  executive magistrate Zainpora  raided the house of the aforesaid person and  during search of the said house, 3 KG Charas like Power has been recovered and seized on the spot as per procedure.
Media statement of Shopian Police further reads that  the accused was arrested on the spot and further Investigation is going on to to ascertain the forward and backward linkages and more recoveries and arrests are expected. Shopian Police has appealed the general public to share the information regarding the menace of drug peddling in order to eradicate this social evil from the society.