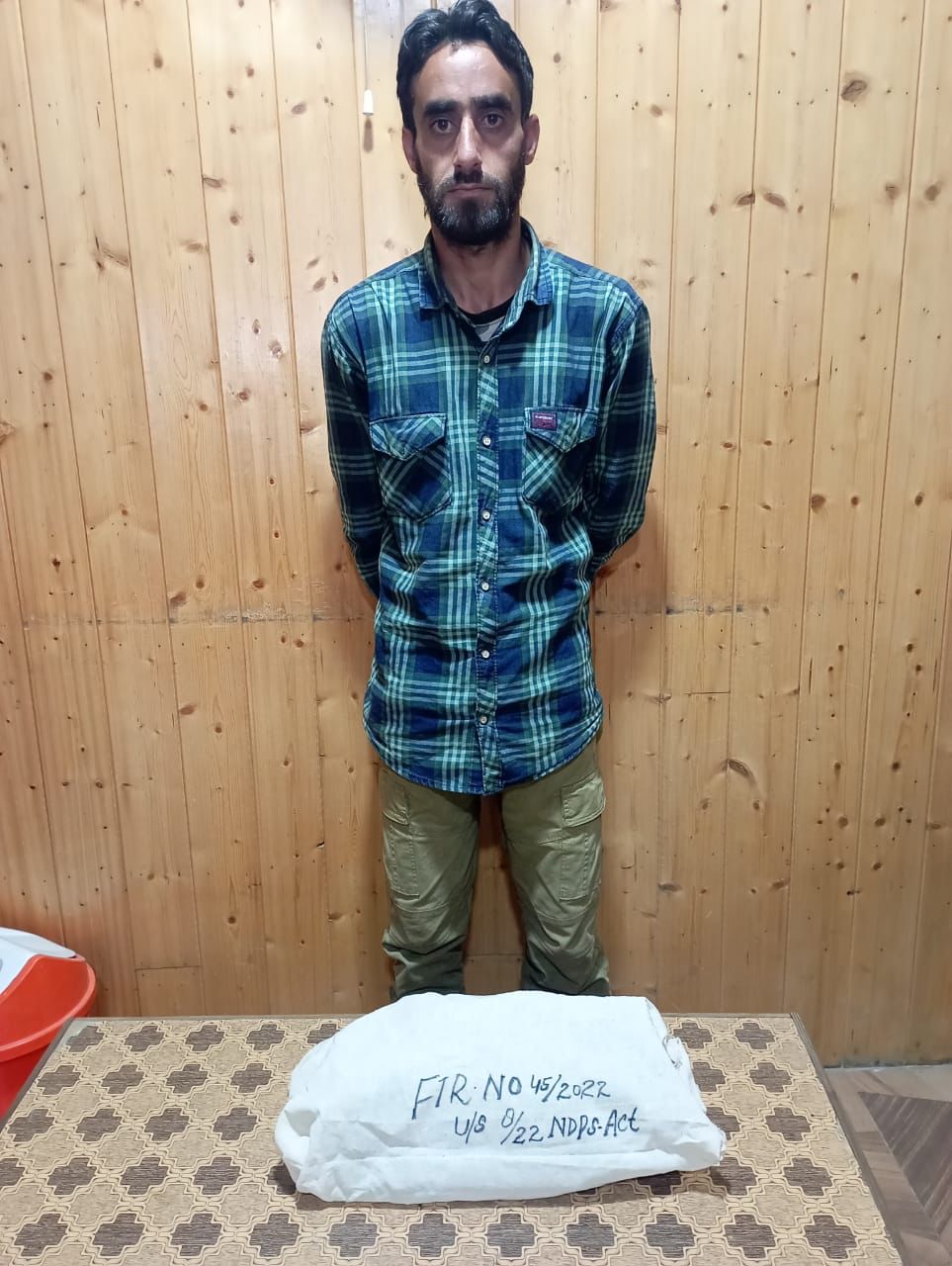 Sopore, May 15 (KB): Police on Sunday said that have arrested one Notorious Drug peddler from Sopore, and have also recovered 20 bottles of OMERIX-T (Codeine Phosphate) from their possession, officials said.
Police spokesperson as per Kashmir Bulletin–KB), said that while continuing its campaign against drug Peddlers Police  Post Putkha arrested one notorious drug peddler and recovered 20 bottles of OMERIX-T (Codeine Phosphate) from his possession.
The spokesperson further said that, “Police party during patrolling at Hygam headed by Insp. Sajad Ahmad found one person moving in suspicious circumstances and was stopped for checking. During checking, the person was found to be carrying/ possessing contraband/Psychotropic substance.”
As per police, the arrested drug peddler has been identified as: Irshad Ahmad Lone S/O Ghulam Muhammad Lone R/O Wagub Sopore.
“Case vide FIR number 45/2022 under relevant sections of law stands registered at Police Station Tarzoo. Community members are once again requested to come forward with any information regarding drug peddlers in their neighbourhood. Persons found indulging in drug peddling will be dealt strictly as per law.” —(Kashmir Bulletin–KB)