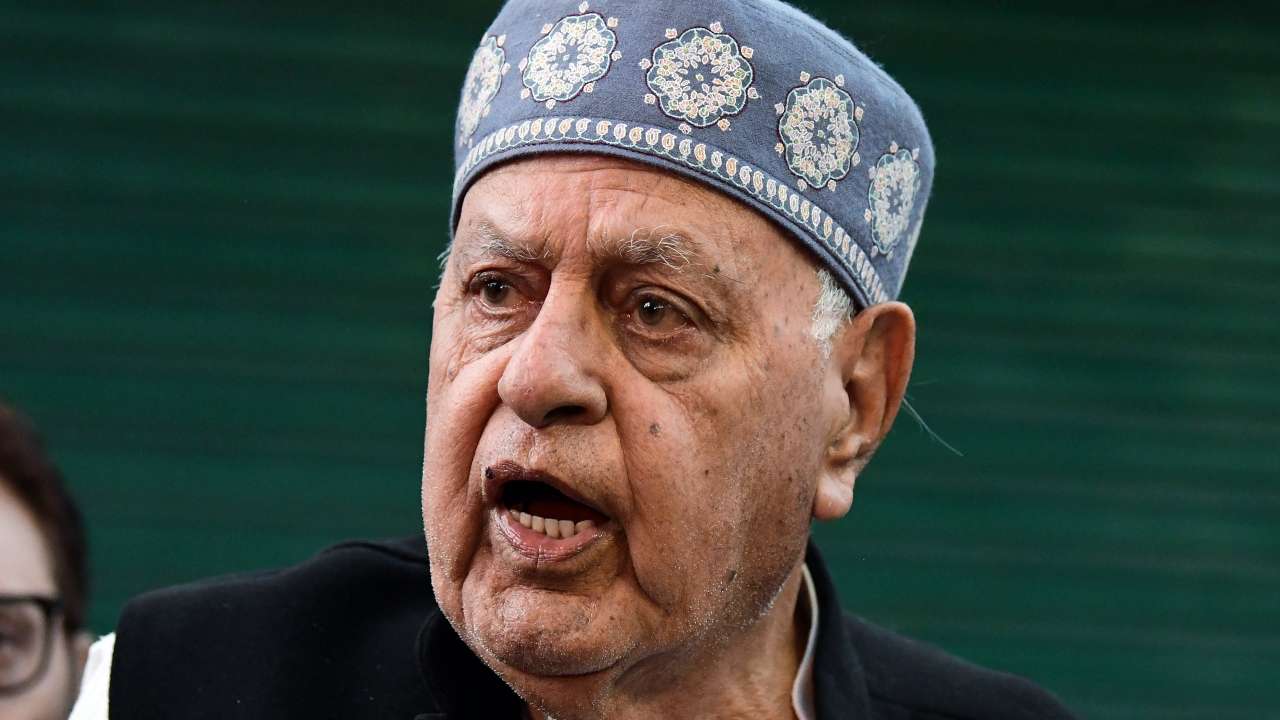 Recalls Madr-e-Meharban’s contribution to State Red Cross
Srinagar, 08 May: The Jammu and Kashmir National Conference President and Member of Parliament from Srinagar Dr. Farooq Abdullah on Saturday asserted that the importance of Red Cross  in the prevention and alleviation of human suffering assumes more importance in contemporary times.
The party President in his message on Red Cross Day said it was a privilege for him to have his mother Madar-e-Maharban Begum Akbar Jehan Abdullah as the state head of J&K Red Cross society from 1947 to 1957.
“She used the plat-form of the Red Cross to help the people across the state. She organised peace committees in Srinagar in 1946 and established state branch of Indian Red Cross Society in 1948-49 and was its first president. She worked for the welfare of the children and the women, and established J&K Mahaz- e- Behboodi e Khwateen, Miskeen Bagh in November1975,” he said.
While laying emphasis on the involvement of youth in Red Cross programs and extending services to people, Dr Farooq said, “The youth of today should voluntarily come out for such service whenever they get a chance.”
The Red Cross, he said, is a body dedicated to the help and welfare of poor and destitute. “I take this opportunity to applaud the role played by Red Cross during the calamities and hours of challenge. Moreover the society should make students more aware of the activities of the Red Cross and encourage them towards serving the cause of humanity,” he said.