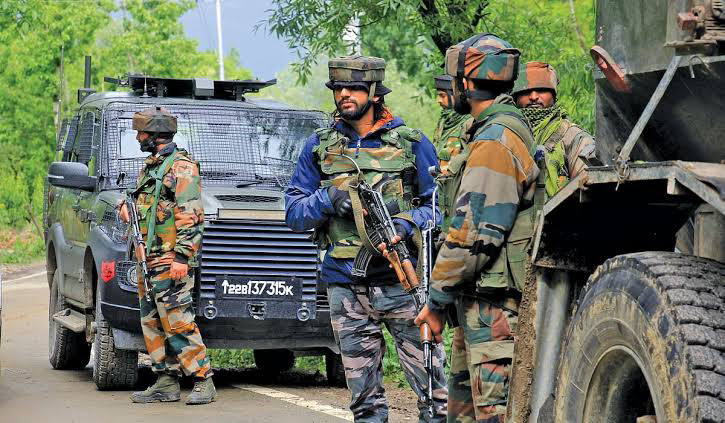 Srinagar May 30, 2022: Jammu and Kashmir Police along with security forces have neutralized two militants of proscribed terror outfit Jaish-e-Mohammad in an encounter in Pulwama including killer of Cop Reyaz Ahmad on Monday.

As per police spokesperson, “on Sunday, at about 5:45 pm, on a specific input generated by Kulgam Police regarding presence of terrorists in village Gundipora area of Pulwama, a joint cordon & search operation was launched by Pulwama Police, Army (55RR) and CRPF (182/183Bn) in the said area. During the search operation, as the joint search party approached towards the suspected spot, the hiding terrorists hidden in the residential house of Nazir Ahmad Mir son of Mohd Sultan Mir fired indiscriminately upon search party which was retaliated leading to an encounter. ”

“To avoid any collateral damage due to darkness, the operation was suspended during the night hours and in the wee hours the operation was resumed. In the ensuing encounter two terrorists identified as Abid Hussain Shah son of Late Mushtaq Ahmad Shah resident of Monghama Pulwama and Saqib Azad Sofi son of Azad Ahmad Sofi resident of Amshipora Shopian were killed, affiliated with proscribed terror outfit JeM,” he added.

IGP Kashmir Shri Vijay Kumar congratulated the joint forces for carrying out the anti-terrorist operation in professional manner without any collateral damage. He also appreciated the joint team for tracking & neutralizing the terrorists involved in the recent killing of policeman in Pulwama.

In this regard, a case under relevant sections of law has been registered and investigation has been initiated.