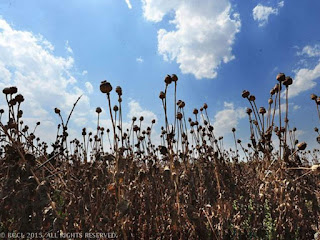 Sopore 17 May 2022: In a continuous effort to eradicate drug menace, a special drive against illegal poppy cultivation has been carried out in various villages of Police District Sopore, by joint team of Police,Executive Magistrate, Excise department and Revenue offficials as many plots of illegal poppy cultivation with raw opium poppy were destroyed. The police Team headed by SHO Police Station Sopore Insp. Khalid Fayaz along with Executive Magistrate, and officials of Revenue department destroyed illegal poppy cultivation at Seelo today under the jurisdiction of Police Station Sopore. Accordingly, case FIR No. 98/2022 of PS Sopore, under section 8/15 NDPS Act registered against the illegal Poppy cultivators. General public of the area have appreciated the action of Police and have urged the authorities to continue this drive in nearby areas also. The Special drive for destroying cultivated poppy shall continue in Police District Sopore .