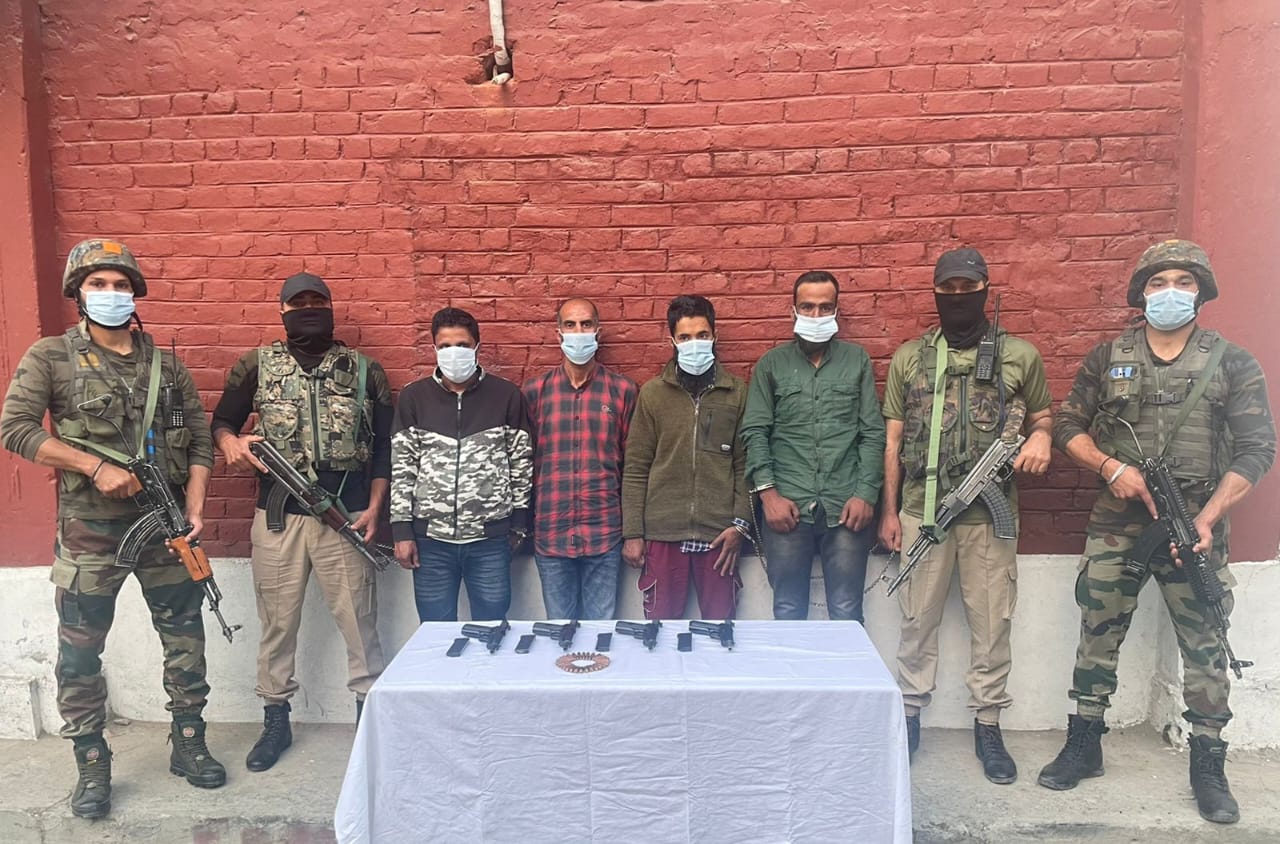 Srinagar, May 10 (KB): Police on Tuesday said they have arrested four hybrid militants of LeT/TRF from bemina area of central Kashmir’s Srinagar, officials said.
Police spokesperson as per Kashmir Bulletin–(KB), said that while acting on a specific tip off about the presence of militans in the general area of Bemina, a naka was laid by PC Srinagar, 2RR and Bemina Police Station at Bemina Crossing.
Two individuals approaching the naka in a suspicious manner were challenged by the naka personnel, the duo tried to flee. However they were tactfully apprehended by the naka party. 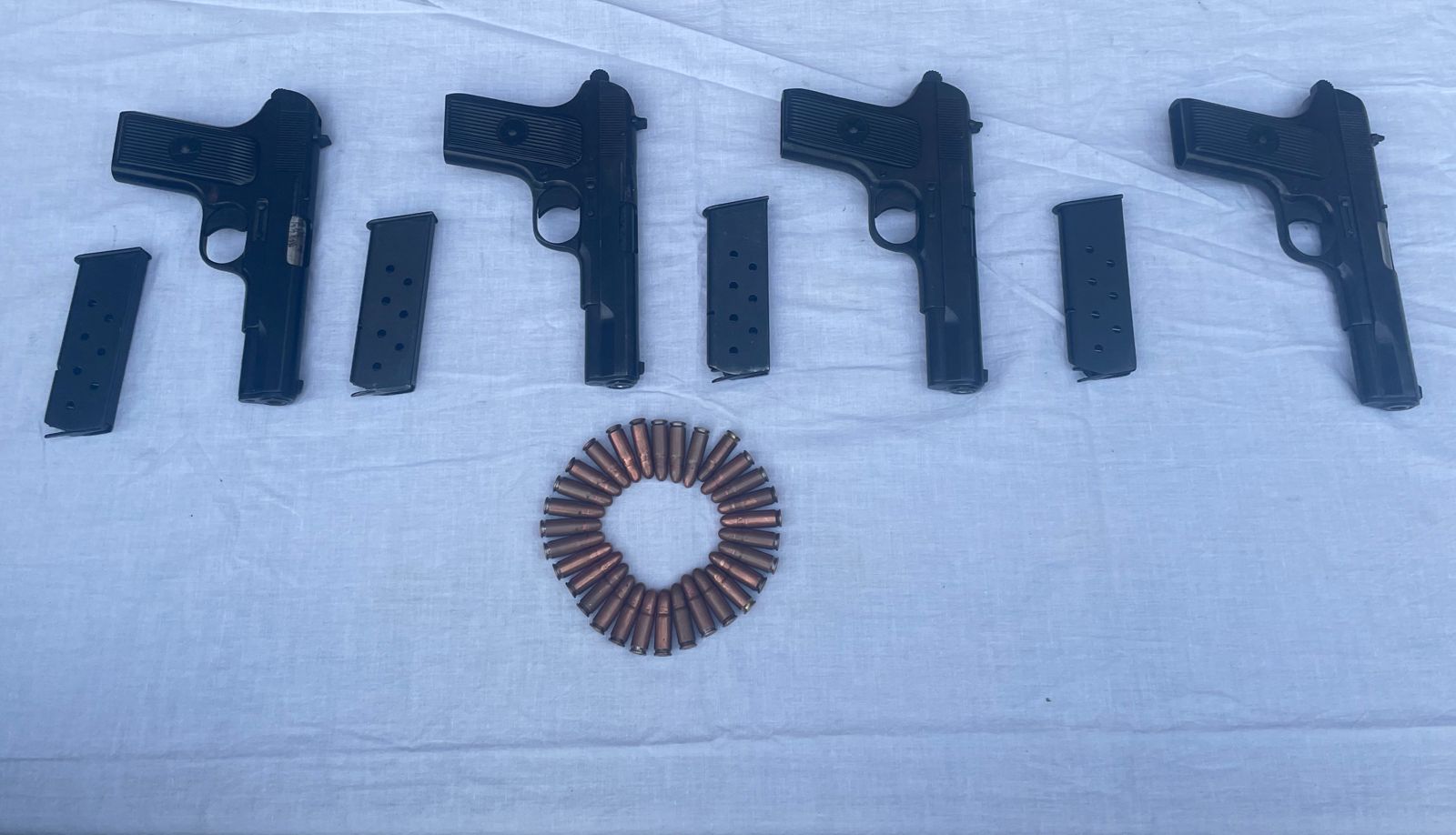 As per police, the apprehended individuals identified themselves as Tawoos Rasool Gada S/o Ghulam Rasool Gada and Saleem Jan Bhat S/o Mohd Ashraf Bhat R/o Usmanabad opposite Degree College. On their frisking, two Tokarev T-54 Pistols, two magazines and twenty Chinese rounds were recovered from the possession of the duo.
“On the basis of their initial questioning, the individuals confessed that they were working as hybrid militants of TRF/LET and were involved in delivering pistols in the city to carry out targeted killings at the behest of Pakistani Handlers of LeT/TRF,” they said.
Moreover, “on basis of these disclosures made by the two individuals, a CASO was launched at Hamdania Colony Srinagar and two more hybrid militants of this module namely Abdul Hameed Rah @ Ali S/o Ghulam Rasool Rah R/o Hamdaniya Colony Bemina and Sajad Ahmed Marazi S/o Khursheed Ahmed Marazi R/o Hamdania Colony Bemina were arrested.”
“Two more Tokarev T-54 Pistols, two magazines and twenty rounds were recovered from their possession. A case under the relevant provisions of law has been registered in Police Station Bemina and further investigation has been taken up.” (Kashmir Bulletin–KB)