Share on WhatsAppShare on Facebook
Killing of Haider, a big success; Both were involved in recent killings of civilian and police personnel: IGP Kashmir 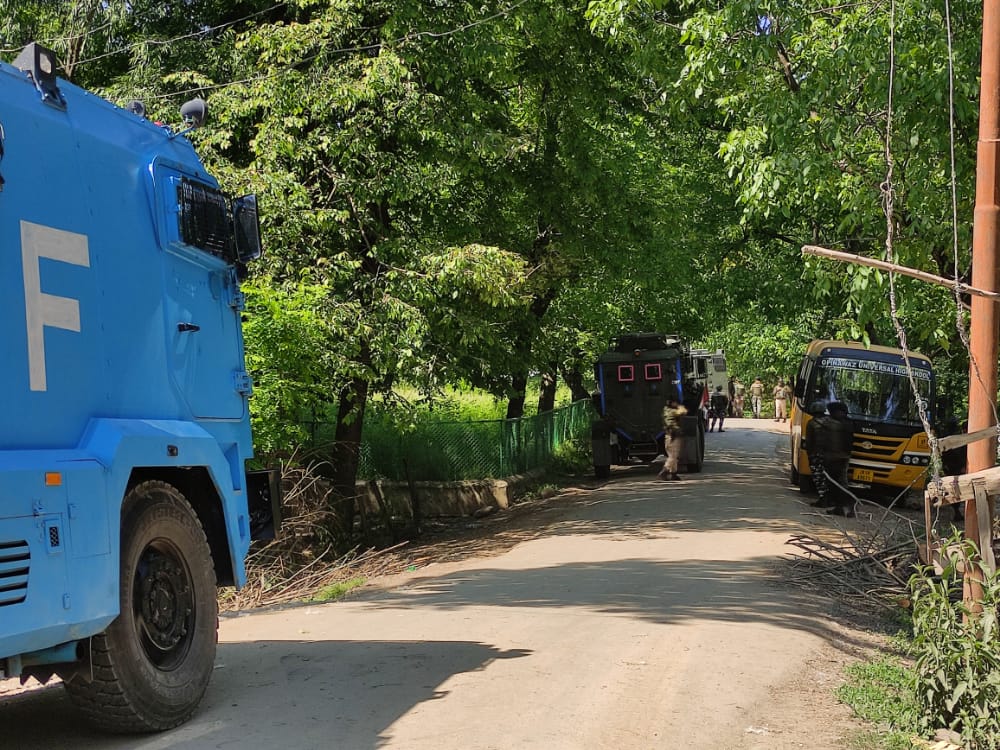 Srinagar, May 08 (KB): Police along with security forces killed 02 militants including a Pakistani militants commander Haider in an encounter at Cheyan Devsar area of Kulgam, officials said.
Police as per Kashmir Bulletin–(KB), said that acting on specific information generated by police regarding the presence of militants in Cheyan Devsar area of Kulgam, Police and Army (09RR) launched a joint cordon & search operation in the said area. During the search operation, as the joint search party approached towards the suspected spot, the hiding militants fired indiscriminately upon the joint search party which was effectively retaliated leading to an encounter. Later on, a team of CRPF also joined the operation.
“In the ensuing encounter, 02 militants of proscribed outfit LeT including a Pakistani militants commander Haider was killed and their bodies were retrieved from the site of encounter. The other killed militant has been identified as Shahbaz Shah of Kulgam,” they said.
As per police records, “the killed militant Haider was categorized militant who was active for more than two years in North Kashmir and had recently shifted his base to South Kashmir,” they said.
Moreover, the killed militant was part of groups involved in several militants crimes, civilian atrocities and various killings including recent killings of police personnel SgCT Mohammad Sultan and Ct Fayaz Ahmad on 10th, November, 2021 at Gulshan Chowk Bandipora.
Besides, “he was also involved in an attack on Naka party near Nishat Park Bandipora on 11th, February, 2022 in which SPO Zubair Ahmad attained martyrdom while as 04 other security personnel got injured including 03 police personnel and an ASI of BSF,” they said.
As per Police, the other killed militant Shahbaz Shah was a hybrid militant and was involved in the killing of a civilian belonging to minority community namely Satish Kumar Singh on 13, April, 2022 at Kakran area of Kulgam. After this attack said militants was categorised.
As per KB, IGP Kashmir termed this operation as a big success and congratulated the joint team for conducting successful operation and eliminating the top wanted Pakistani militants Haider.
Incriminating materials, arms & ammunition including 01 Ak-56 with 4 Magazines, 01 Pistol with a Magazine, 01 UBGL, 01 Pouch and ID Cards of LeT were recovered from the site of encounter. All the recovered materials have been taken into case records for further investigation. In this regard, a case under relevant sections of law has been registered and investigation has been initiated. People are requested to cooperate with Police till the area at encounter site is completely sanitized and cleared of all the explosive materials, if any—(Kashmir Bulletin–KB)