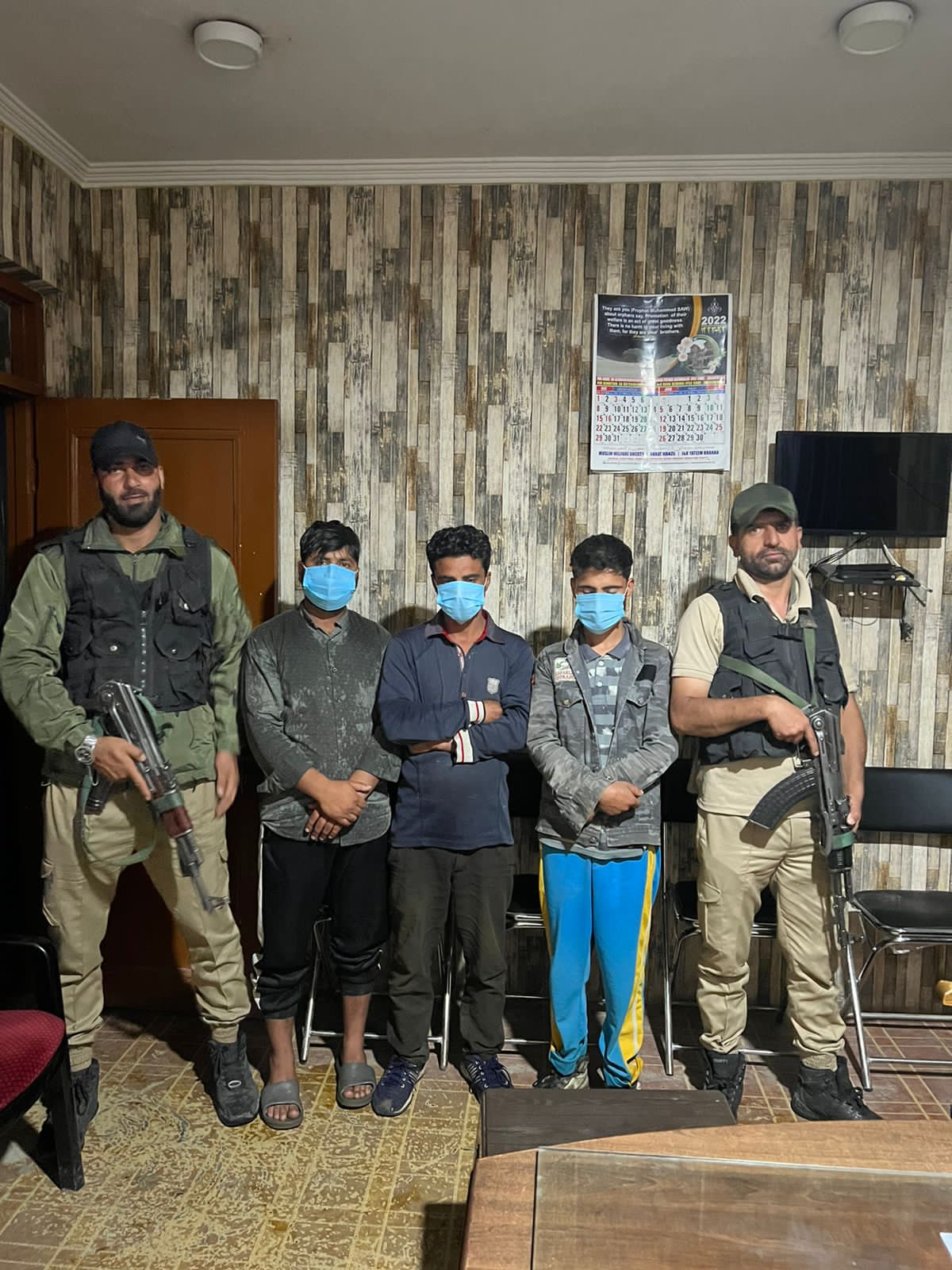 Srinagar, May 27 (KB): Police on Friday said they have raided two gambling sites, have arrested 2 and 3 persons respectively, and also have recovered stake money of Rs 12300 and Rs 3450 from their procession, officials said.

Police spokesperson as per Kashmir Bulletin–(KB), said that today based on tipoffs two gambling sites were raided at Chola Mohalla Khanyar and near JVC hospital Bemina. At the first the following gamblers were arrested.

Moreover, “In this regard case FIR NO. 27/2022 under relevant sections of law has been registered and investigation taken up. The hunt to arrest these gamblers is on. As revealed by the arrested gamblers, a stake money of more than 2 Lac was taken along by others who escaped from the scene.”

Pertinently, “Chola mohalla has historically been infamous for organised gambling activities. Though police has raided the location repeatedly in the past, but the gambling activities never stopped for a considerable period of time.”

“As reported by adjoining mohallas for the first time the Chola families are reported to have stoped organising gambling activities altogether. However, as per reliable sources they again started it 3 days ago, which was also corroborated through the disclosure by one of the gamblers caught today.”

Moreover, Fir no 48/22 u/s 13 Gambling act has been registered in PS Bemina. Srinagar Police urges all citizens to report any immoral or illegal activity noticed or taking place in their localities at mobile no: 9596770502. This number is directly under supervision of SSP Srinagar. —(Kashmir Bulletin–KB)