Admission process in Colleges of Kashmir division as well as winter and summer zone colleges of Jammu division will start from June 1 to July 25, According to academic calender 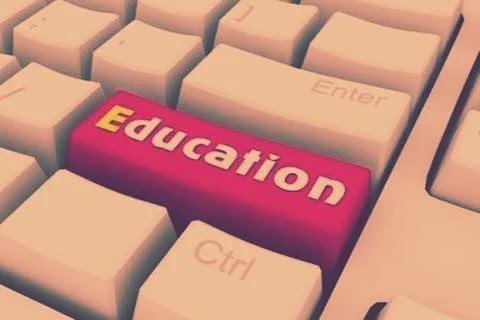 Syed Rizwan Geelani
Srinagar, May 15: The Jammu and Kashmir Government has proposed a uniform academic calendar for all the Higher Education Institutions (HEI) of J&K which will be in sync with the national academic calendar, as part of the implementation of the National Education Policy (NEP)-2020.
Earlier, the J&K Government constituted a high level committee of academicians to prepare a uniform Academic Calendar in sync with the National Academic Calendar (NAC) for all the Universities and Higher Education Institutions of J&K UT.
The initiative was taken days after the government decided to fully implement the National Education Policy (NEP)-2020 from the current academic session and shift to a uniform academic calendar which will be synchronised to the National Academic Calendar.
The principal secretary Higher Education Department (HED) Rohit Kansal earlier constituted a committee comprising Director Colleges, Dean Academic Affairs (DAA) of Jammu University, Kashmir University and Cluster University of Srinagar and Jammu as well.
Meanwhile, the Director Colleges J&K has shared the proposed uniform academic calendar with the Vice Chancellors of J&K Universities and the Principals of the autonomous colleges as well.
As per the proposed uniform academic calendar, the admission process in Colleges of Kashmir division as well as winter and summer zone colleges of Jammu division will start from June 1 to July 25.
“Admission process can start during summer vacations for Jammu division colleges and Kashmir division colleges as well,” the document reads.
The academicians have further proposed that the summer vacation for the degree colleges in Kashmir will be observed from July 1 to 24 July and June 1 to 15 July in summer zone Jammu division colleges.
“For colleges in winter zones of Jammu, the summer vacation will be observed from 15 June to July 24,” the document reads.
It has been further proposed in the uniform academic calendar that the 90 working days of regular class work for odd semesters will be conducted from August 1 to November 30 in Kashmir and Jammu division colleges as well.
“It will include internal examination and preparation holidays while the internal awards are to be submitted by the colleges to affiliating university within this time window,” the document reads.
It has been also proposed that the odd semester End Term examination will be held from December 1 to December 31 in colleges across J&K.
“Winter vacation for Kashmir colleges and winter zone Jammu colleges will be observed from December 27 to February 14 in Kashmir colleges and Jan 1 to January 10 in degree colleges of Jammu summer zones,” the document reads.
The calendar has also proposed that the regular class work for even semesters will be held from February 15 to 14 June in Kashmir colleges and 11 Jan to 10th May in summer zone colleges of Jammu division. “It will include internal examinations and preparation holidays. Internal awards to be submitted by thee colleges to the affiliating university within this time window,” it reads.
The academics have also proposed in the academic calendar that even the semester End Term exam will be held from June 15 to July 14 in colleges across J&K.
“Calendar for co-curricular and extracurricular activities will be finalised by the respective colleges or the affiliating universities,” it reads.
As already reported, the University Grants Commission (UGC) has already issued draft guidelines to all the states and UTs for the introduction of the Four Year Undergraduate Programme (FYUGP) from the current academic session in line with NEP 2020.
As per the draft Curricular Framework and Credit System for the FYUGP, the graduates of the FYUGP are required to demonstrate a general understanding of the natural sciences, social sciences, humanities, interdisciplinary studies, and vocational education across semesters.
The FYUGP system compulsorily seeks choosing and completion of credits from Natural Sciences, Social Sciences, Humanities, interdisciplinary studies, and vocational education. (GK)