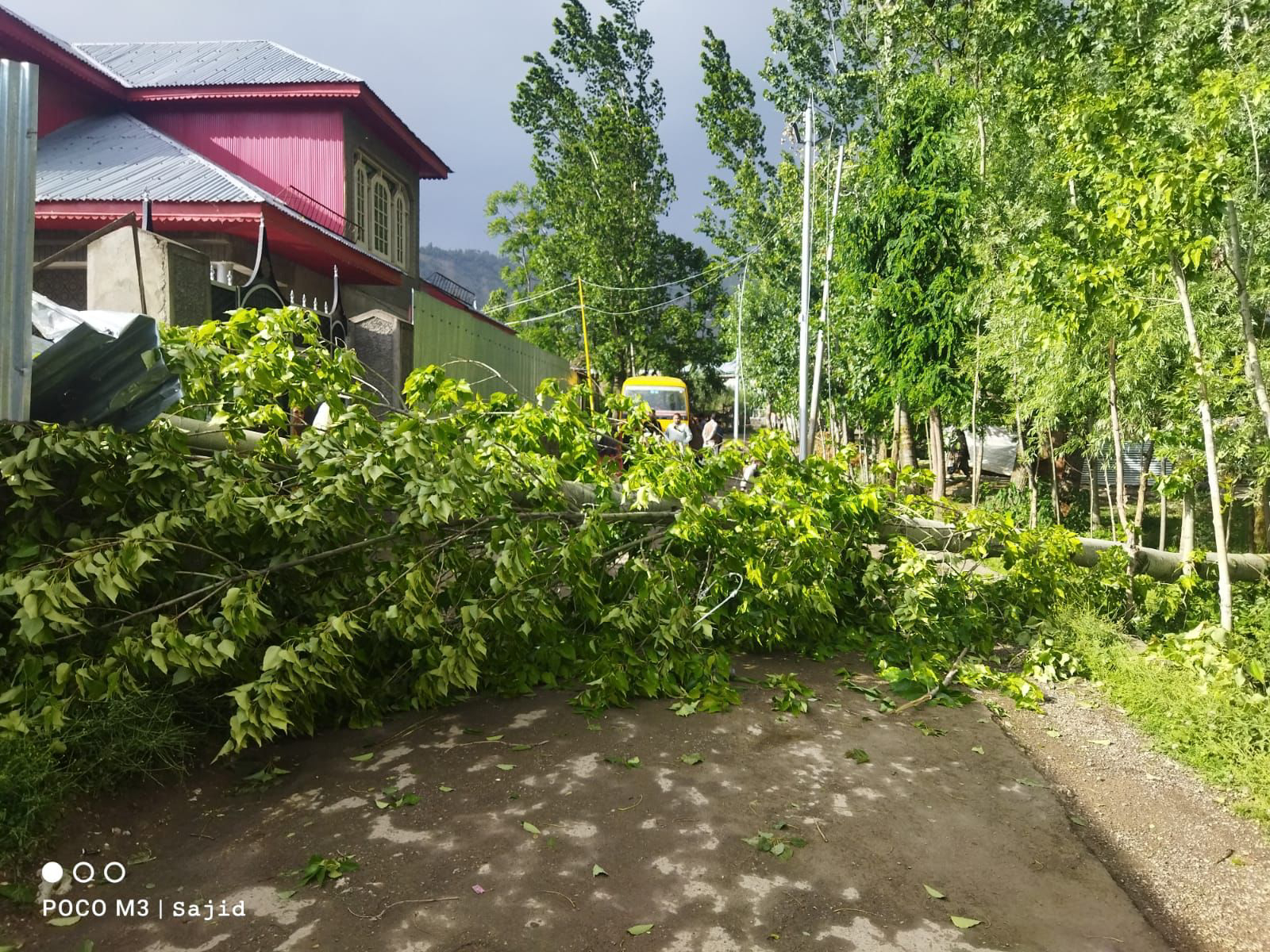 Srinagar, May 09 (KNO): A massive windstorm coupled with rains swept parts of north Kashmir on Monday afternoon blowing away roofs of several residential, commercial structures and uprooted trees.
The news agency—Kashmir News Observer (KNO), has learnt that dozens of residential houses, electric transmission lines got damaged while trees were uprooted due to strong winds in several areas of north Kashmir including Sopore and Bandipora.
At several areas heavy hailstorm also wreaked havoc on fruit bearing orchard trees while the traffic movement on interior roads were also halted after many trees fell on ground due to strong winds.
An official said that power supply also got affected as strong winds damaged transmission lines and uprooted electric poles at several places in these areas.
“Although no causalities has been reported, the authorities are still collecting the details from various places, “the official said—(KNO)