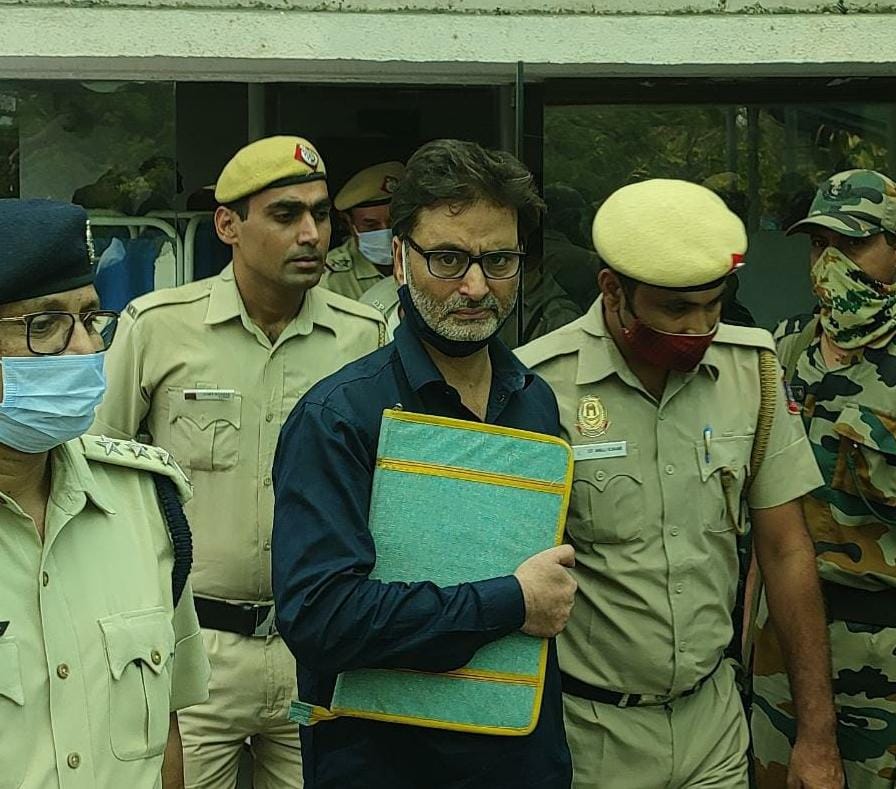 New Delhi, May 26: A day after a Delhi court awarded life imprisonment to Yasin Malik in a militant funding case, Tihar prison authorities here on Thursday said the separatist leader has been kept in a separate cell under heavy security.
“For security reasons, Mailk may not be assigned any work in jail. He has been kept in a separate cell in jail number seven under heavy security. His security will be regularly monitored and reviewed from time to time,” a senior jail official said. Mailk will also not be entitled to any parole or furlough since he is a convict in a case of terror funding, jail officials said.
Even before being awarded life imprisonment, Malik was kept in the separate cell where he stayed alone in jail number seven, they said.
A Delhi court on Wednesday awarded life imprisonment to Malik in a terror funding case, saying the crimes committed by him struck at the “heart of the idea of India” and were intended to forcefully secede Jammu & Kashmir from Union of India.
Special Judge Praveen Singh awarded varying jail terms to Malik for offences under the stringent anti-terror law–Unlawful Activities Prevention Act (UAPA) and the IPC, rejecting the NIA’s plea for capital punishment.
According to the Supreme Court, life imprisonment means incarceration till the last breath, unless the sentence is commuted by the authorities.
The entire Delhi Prisons, which comprises — Tihar, Mandoli and Rohini jails — currently has 1,600 convicts out of the total of 19,500 prisoners, they said.–(PTI)
SendShareTweetShareSendScan